The "off-road limousine" Aznom Palladium is officially presented: 710 h.p. and a retractable bumper

The "off-road limousine" Aznom Palladium is officially presented: 710 h.p. and a retractable bumper

The Italian company Aznom declassified its new development - the luxury sedan Palladium, which plans to release only 10 copies. The sedan is based on the RAM 1500 pickup platform, but the level of luxury is closer to the Rolls-Royce and Bentley models.

The length of the Aznom Palladium is 5960 mm with a wheelbase of 3670 mm, the width and height are two meters each. Thus, the Italian sedan surpassed the size of the Rolls-Royce Phantom in the version with a standard wheelbase. Despite the use of aluminum and composite materials in the construction, the Palladium weighs 2650 kilograms.

The sedan is powered by a 5.7-liter V8 developed by the FCA Alliance. Thanks to the dual turbo, the engine develops 710 HP and 950 Nm of torque. The transmission uses an eight-speed "automatic" gearboxand a system of plug-in all-wheel drive. The Palladium will accelerate to 100 km/h in 4.5 seconds, and its maximum speed is limited to 210 km/h.

The exterior of the Palladium is generally made in the style used by the designers of Rolls-Royce and Bentley, but with some original innovations. For example, compact viewing "Windows" are built into the massive rear racks: it is claimed that those sitting on the back sofa can use them to look out without giving away their attention.

The palladium does not have a trunk in its traditional sense. Instead of the usual cargo compartment cover for a sedan, the entire rear bumper is pushed out using servos.

The interior of the front part is generally borrowed from the platform donor, although it received a noticeably more luxurious finish. In the back, there is a solid sofa designed for two passengers. The armrests of the sofa have built-in drawers that play the role of cooled mini-bars. Another beverage container is located in the center console.

The equipment includes a Harman/Kardon speaker system, and two tablets are also prepared for rear passengers. A hand-made mechanical chronometer made of gold and palladium is placed on the dividing tunnel. It is claimed that it can be removed and carried away to be used at home as a piece of furniture. Aznom promises to finish each Palladium in full accordance with the customer's tastes. The cost of "off-road limousine" is not called. 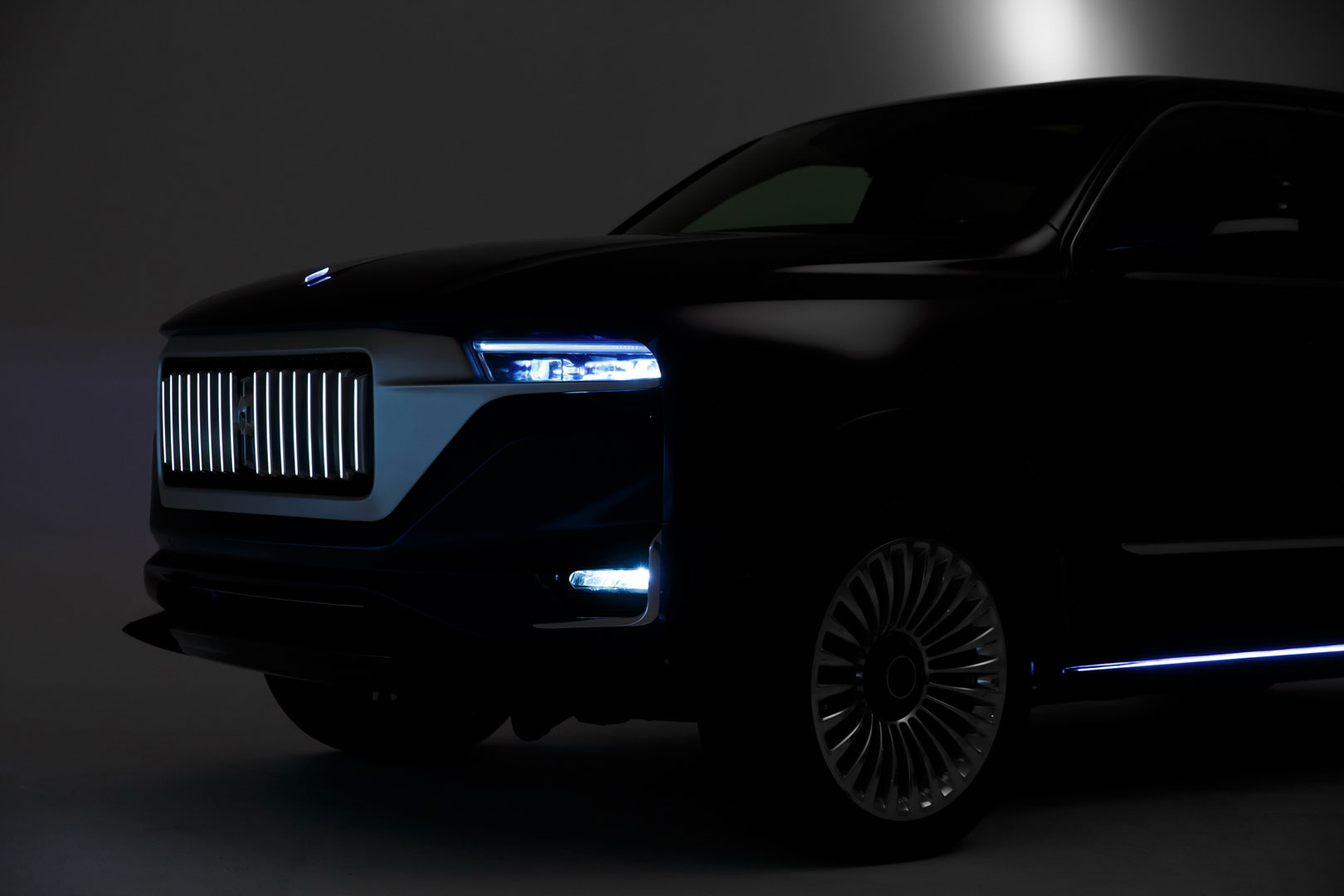 Mercedes-Benz can also produce a similar model in the cross-limousine class. Stuttgart is considering creating a new class of cars based on the Maybach Vision Ultimate Luxury concept. It is planned to call it SUL-Sport Utility Limousine.