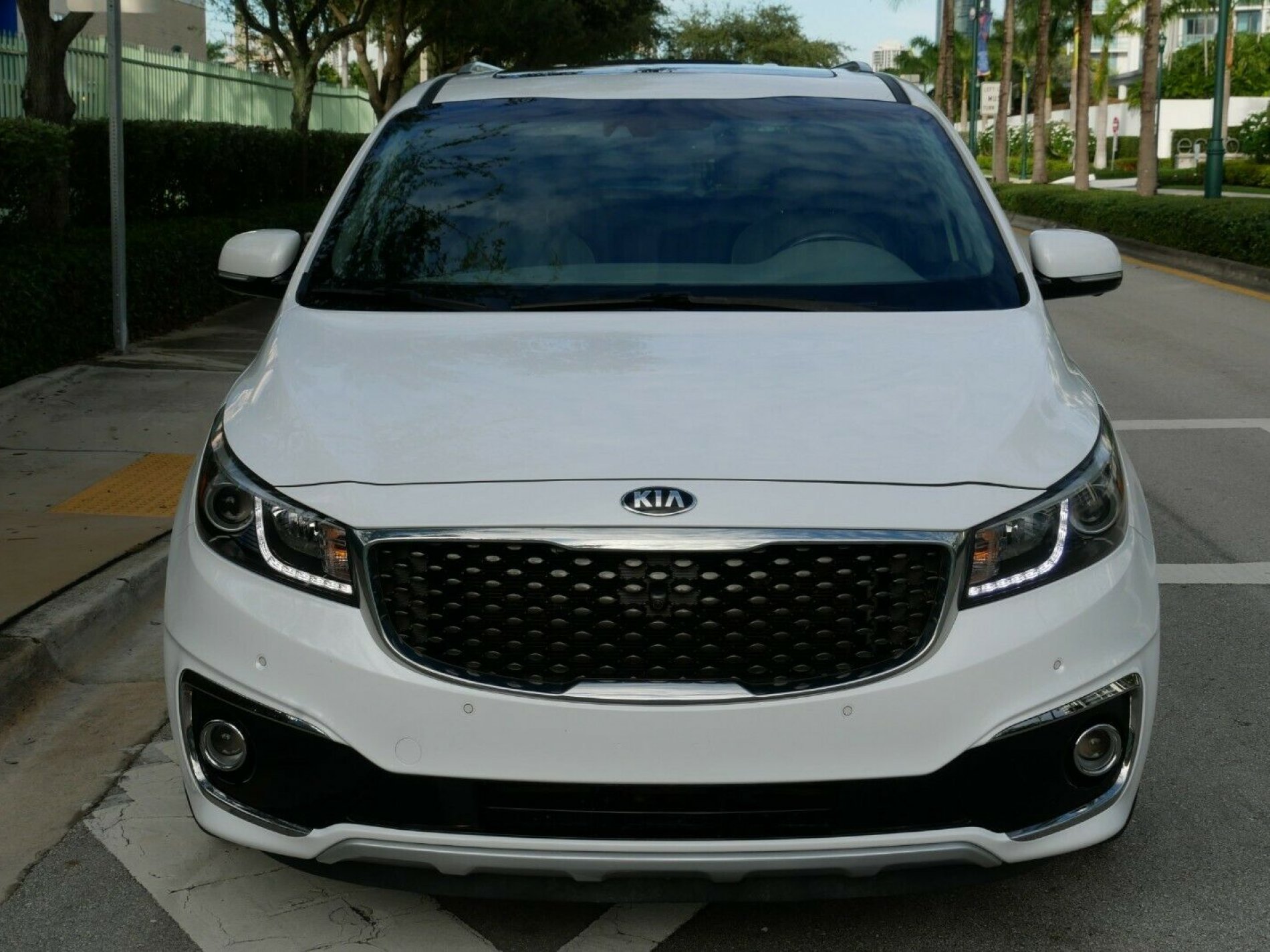 The Kia Sedona car with a cozy, spacious interior, comfortable seats, smooth driving dynamics and a modern infotainment system is a worthy competitor in the car market. The first minivan models rolled off the Assembly line in 1999 and were more focused on economy than style or comfort. But looking at the appearance of the Kia Sedona 2016, rivals should beware. The manufacturer made every effort to change the situation. The updated Sedona is more suitable as a multi-purpose vehicle than as a minivan. The impressive Sedona 2016 is available in several configurations. Regardless of the version, the Sedona became a serious competitor for the Honda Odyssey, Toyota Sienna and Chrysler Town & Country. A powerful V6 engine is hidden under the hood of the car.

After a complete update, the Kia Sedona 2016 is equipped with a rear-view camera as standard. The mid-range models come with heated front seats. 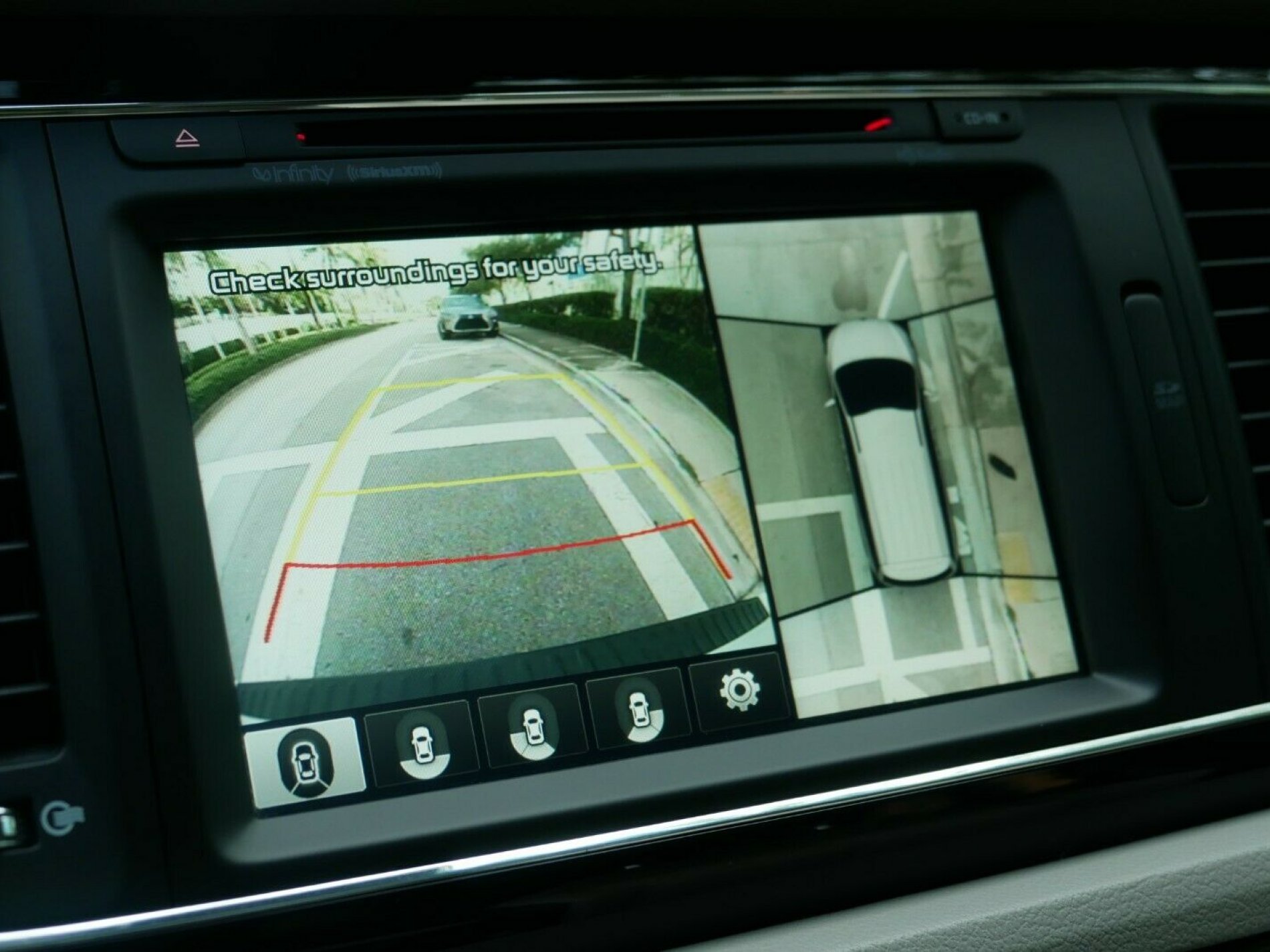 The Sedona minivan is equipped with three rows of seats and can accommodate from seven to eight people. Eight - in the top-level models, in which the usual, solid middle-row seat is replaced by the captain's seats. The modern Kia Sedona offers more space than the average three-row SUV. Meanwhile, Odyssey and Sienna surpass it in terms of interior space. The front part of the cabin was marked by the presence of modern and high-quality equipment. The devices are positioned horizontally. There are many compartments for storing personal items. Most models come with a cooling glove compartment. 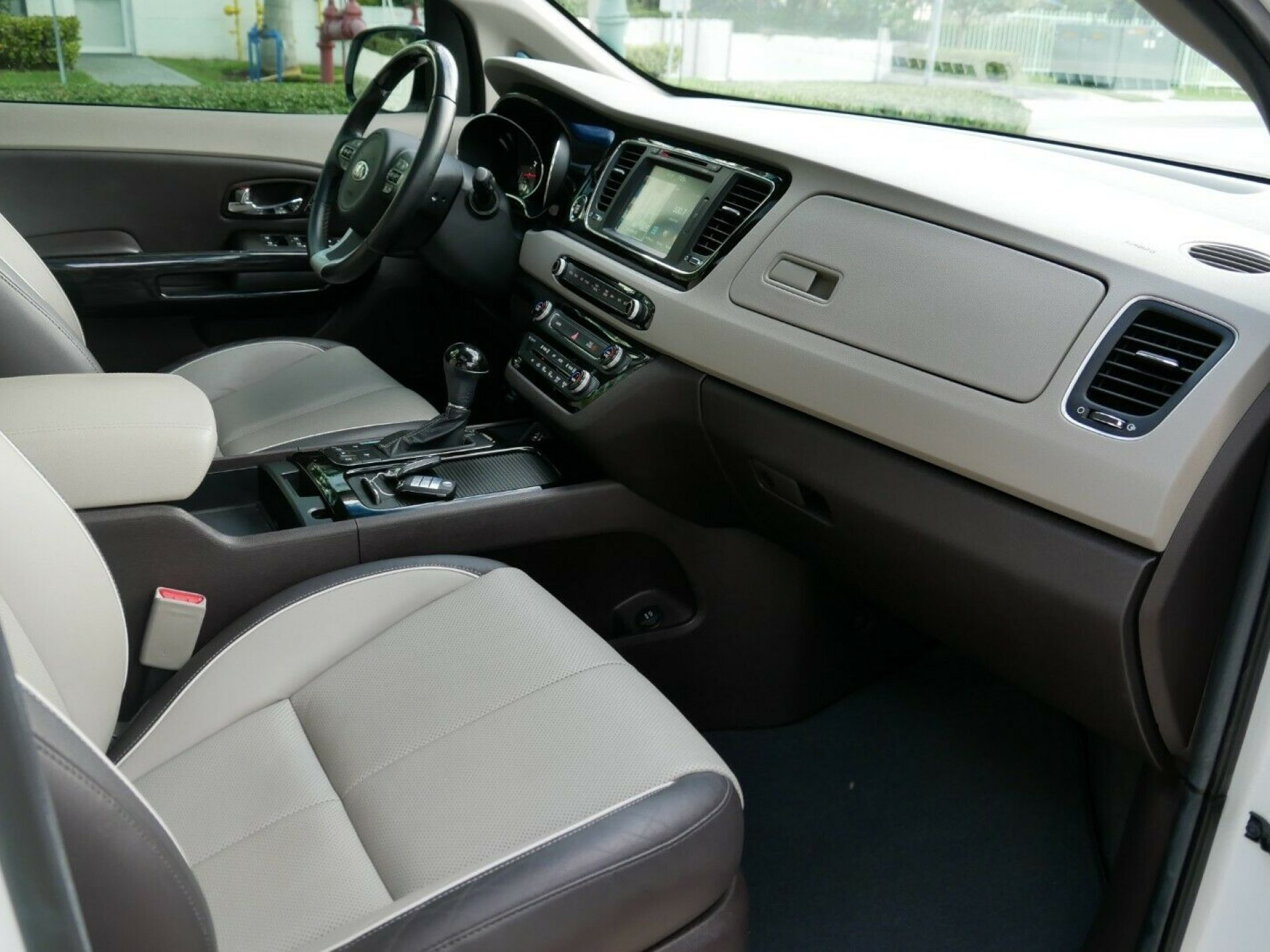 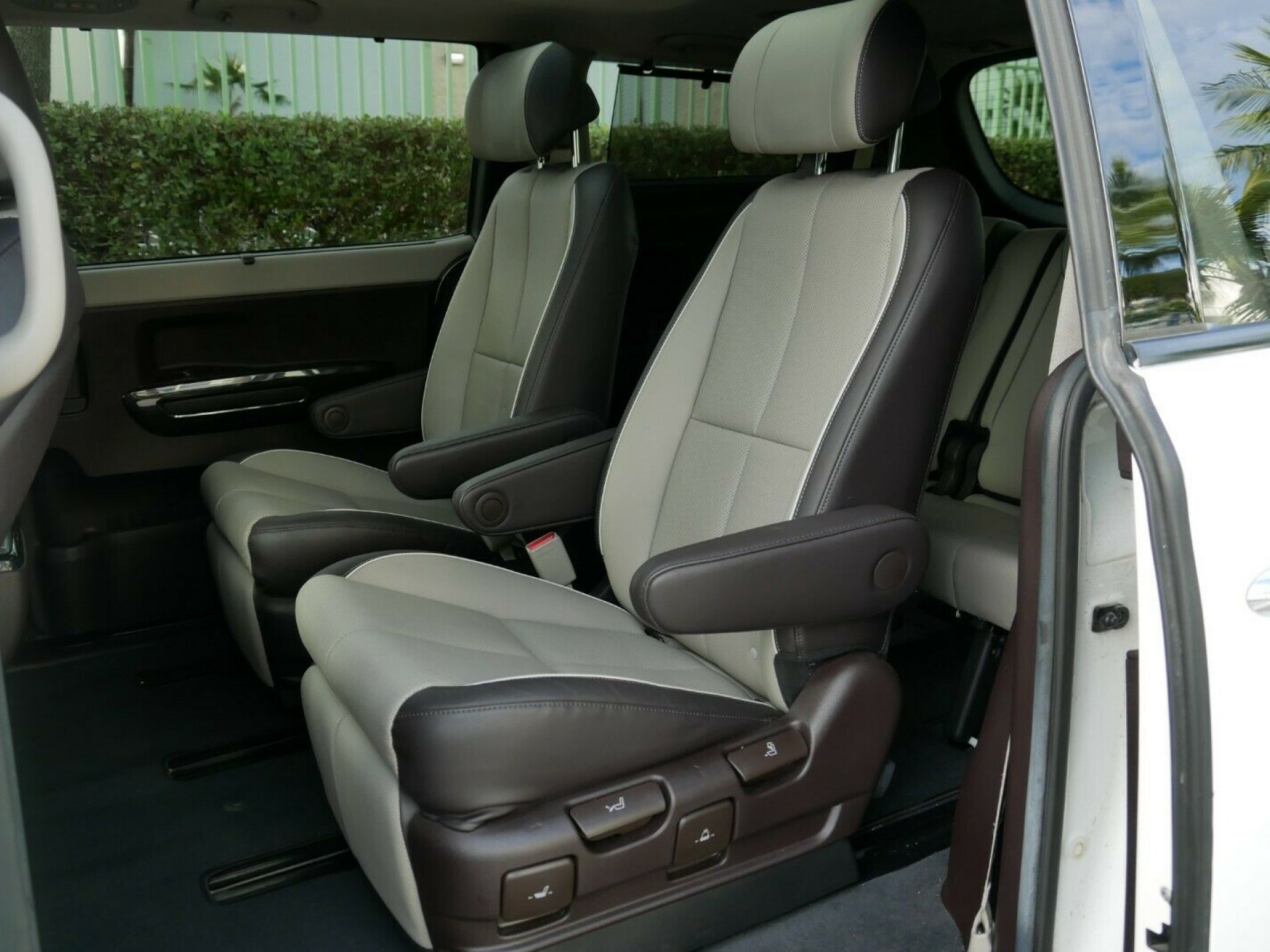 The modern Sedona is more like an SUV than a standard minivan. The updated exterior features a less sloping hood, side panels with minimal ledges, and a glazing line that gradually rises from the front strut to the rear of the body. The front part received a larger grille with the Kia logo and headlights with LED accents. The roof spoiler and tail LED lights added expressiveness to the rear part. It is far from a Sedona sports car, however, its exterior is clearly stronger.

The Sedona 2016 minivan is available in five trim levels, from the base L to the top SXL. The initial configuration model offers: an AM/FM/CD audio system with a 4.3-inch touch screen, Bluetooth communication, USB input, a rear-view camera, and an exhaust dialog mirror. The list of other useful elements includes 12 drink holders and knitted, dirt-repellent seats. The list of safety elements includes: airbags, stability control, anti-slip system and a system of holding on the slope. The new Sedona minivan is offered with a 10-year/160.934 km warranty.

Like the previous generation of minivans, the 2016 Kia Sedona received one engine and one transmission. However, both the engine and box are brand new. The modern 3.3-liter V6 with direct injection offers 276 hp. The same power unit is found under the hood of the Kia Cadenza and Sorento. The car will need 7.6 seconds to accelerate. Fuel consumption is 13.1 l / 100km in the city, 9.8 l/100km outside and 11.2 l / 100km in the mixed cycle. The engine is paired with a six-speed automatic transmission. The towing capacity of the minivan is limited to 1.361 kg. The front-wheel drive. 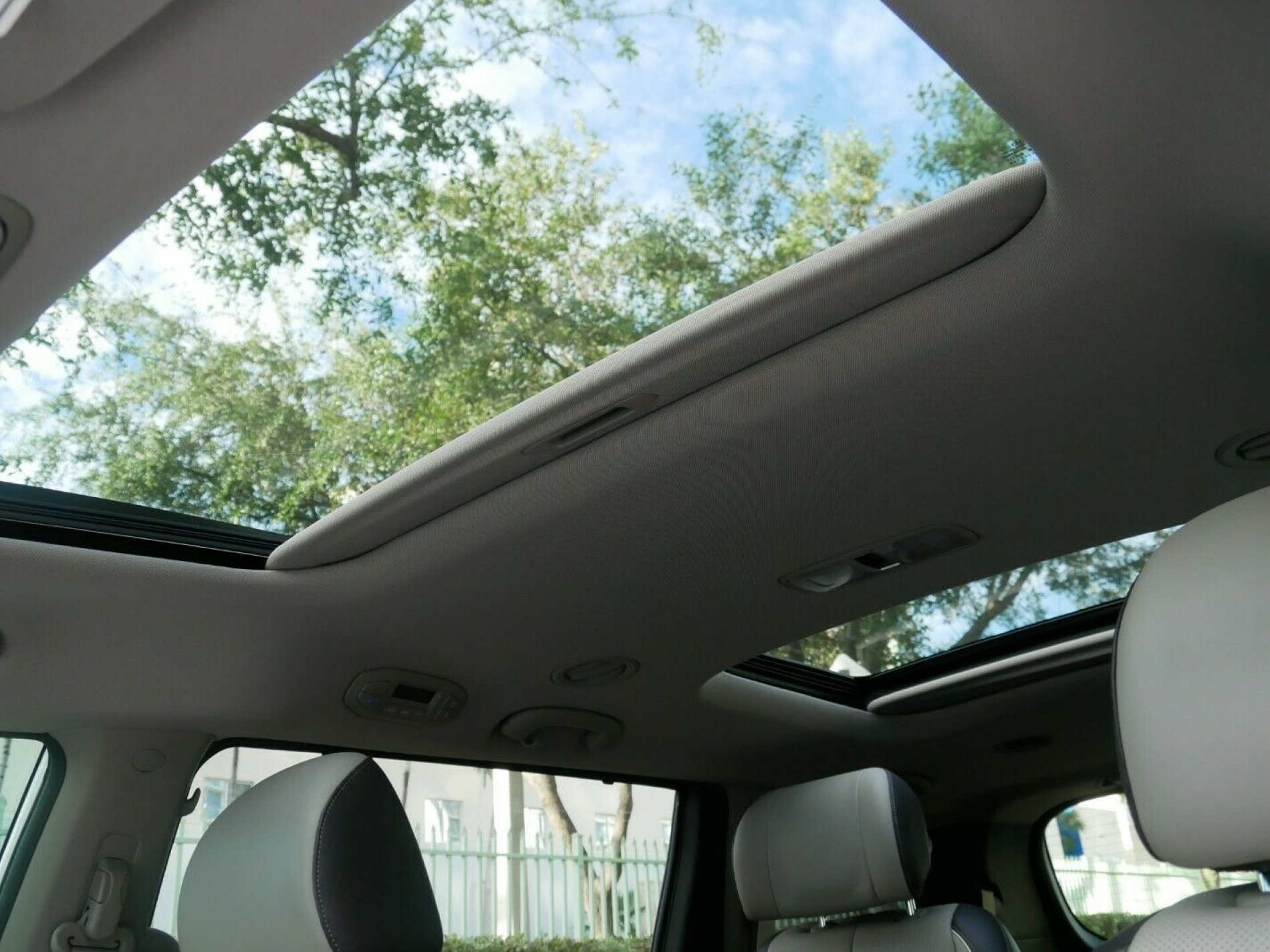