THE 2020 HONDA CR-V - A DYNAMIC CROSSOVER WITH A TURBO ENGINE, ALL-WHEEL DRIVE AND ADVANCED ELECTRONICS

THE 2020 HONDA CR-V - A DYNAMIC CROSSOVER WITH A TURBO ENGINE, ALL-WHEEL DRIVE AND ADVANCED ELECTRONICS

Honda SRV 2020 went through a deep restyling, in which the manufacturer made changes to both the exterior and the technical equipment of the crossover. 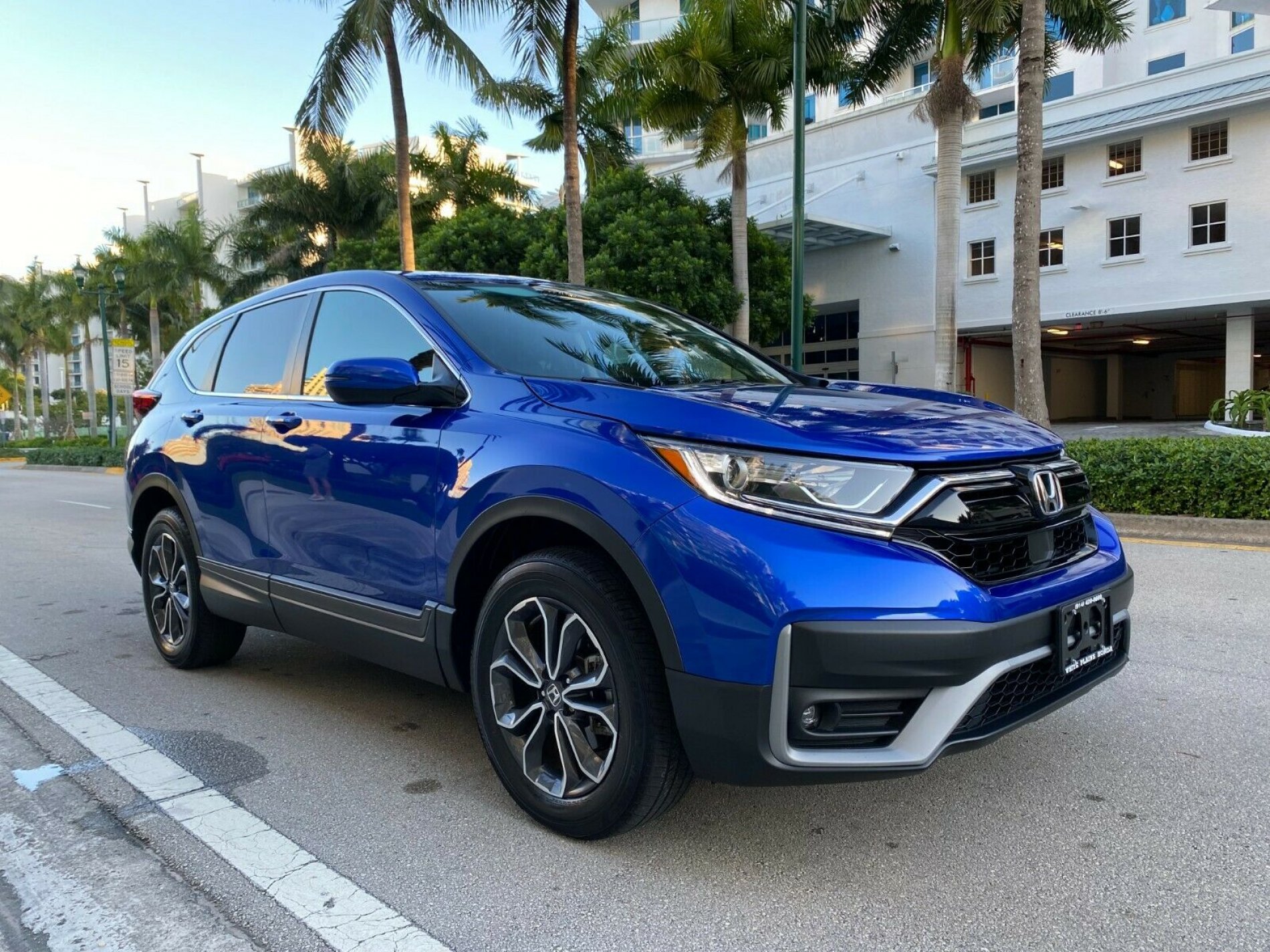 The basic configuration of the CR-V includes multimedia and climate control systems, a variety of systems and airbags. The top version of the crossover provides the maximum level of protection and is characterized by increased comfort.

In the initial configuration of the crossover, 9 airbags are provided, as well as the following systems:

Together with the CR-V, the buyer receives parking radars and a two-zone climate system. By default, the crossover is equipped with a multimedia complex that includes an audio system with four speakers, a touch monitor and USB ports. In addition, the equipment includes a washer fluid level sensor.

The manufacturer refused to use a 2.4-liter "atmospheric" engine, which developed up to 186 hp of useful power and 244 Nm of torque. Its place was taken by a turbocharged unit with a volume of 1.5 liters, the maximum output of which is 193 hp.

In addition, the new CR-V has a hybrid powerplant based on a 2-liter unit operating on the Atkinson cycle. This motor produces 145 hp. Together with it comes an electric motor with a capacity of 184 hp. In this combination, the hybrid installation develops 215 hp.

These motors are equipped with a continuously variable variator and a four-wheel drive system with a lockable differential. 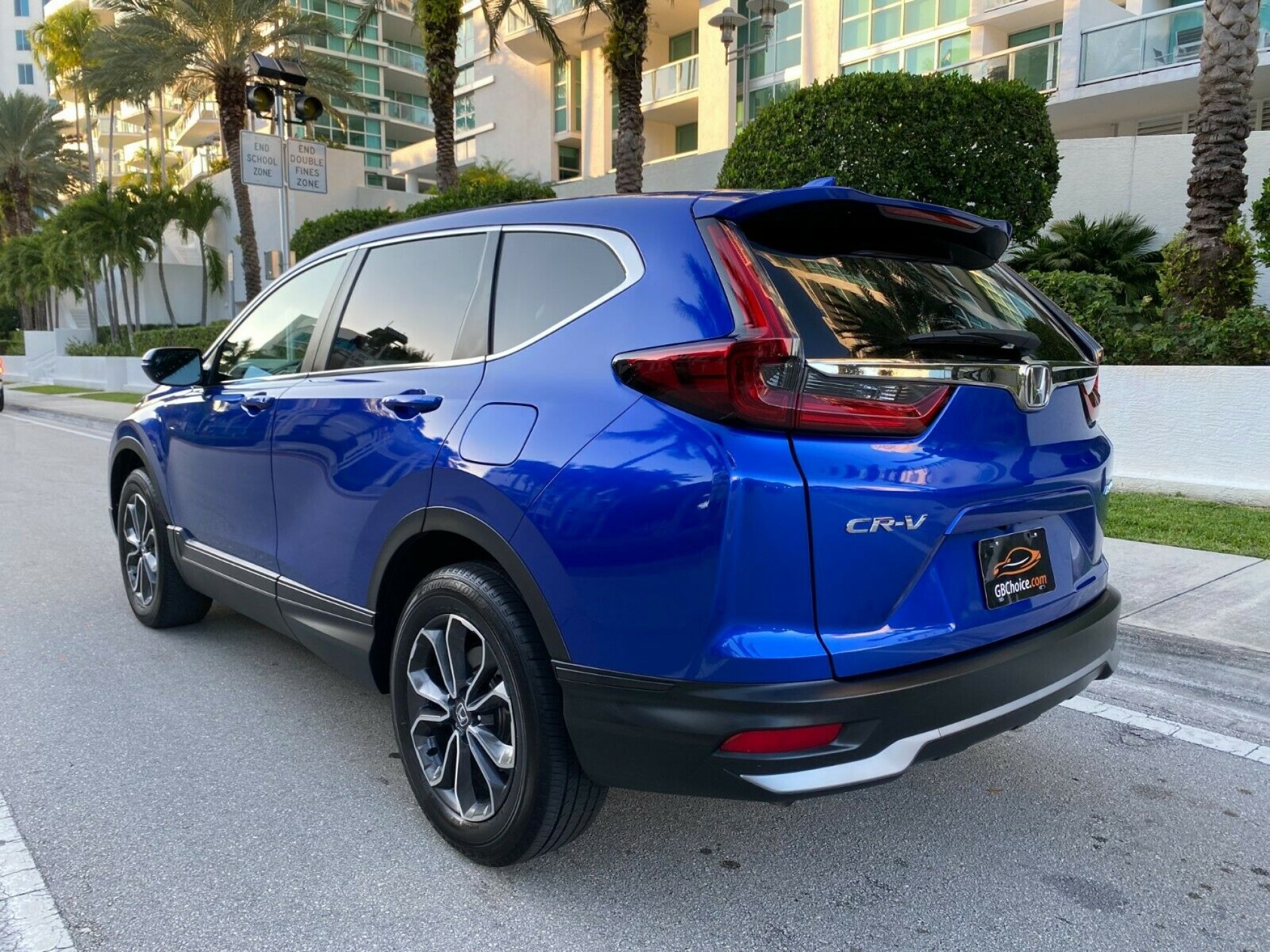 After the restyling, the appearance of the Honda CR-V became faster. This effect is achieved due to the elongated front part of the body and the "fallen" racks. The car was equipped with elongated head optics, in which vertically arranged LED strips are visible. On the edges of the hood of the CR-V there are protruding stripes, giving a sportier look. The front bumper of the crossover has become larger due to the increased air intake and the appearance of an additional plastic lining.

On the side, the CR-V has less pronounced changes, which are designed to emphasize the sporty orientation of the car. This is provided, in particular, by long forge, metal linings and voluminous wheel arches. The back of the car stands out due to large headlights with LED strips. There is a metal bar between them, on which the rear glazing rests, as it were. The embossed luggage door ends near a compact bumper with reflectors.

The interior of the CR-V is interesting because it has a central console and a transmission tunnel with a gearbox lever combined with each other and installed at a significant angle with respect to the bottom. This arrangement, apparently, improves the ergonomics of the interior. The dashboard of the CR-V is presented in the form of a large monitor. Decorative inserts imitating wood complement the interior. In addition, the manufacturer, during the modernization, corrected the shape of the front seats, making them more comfortable. 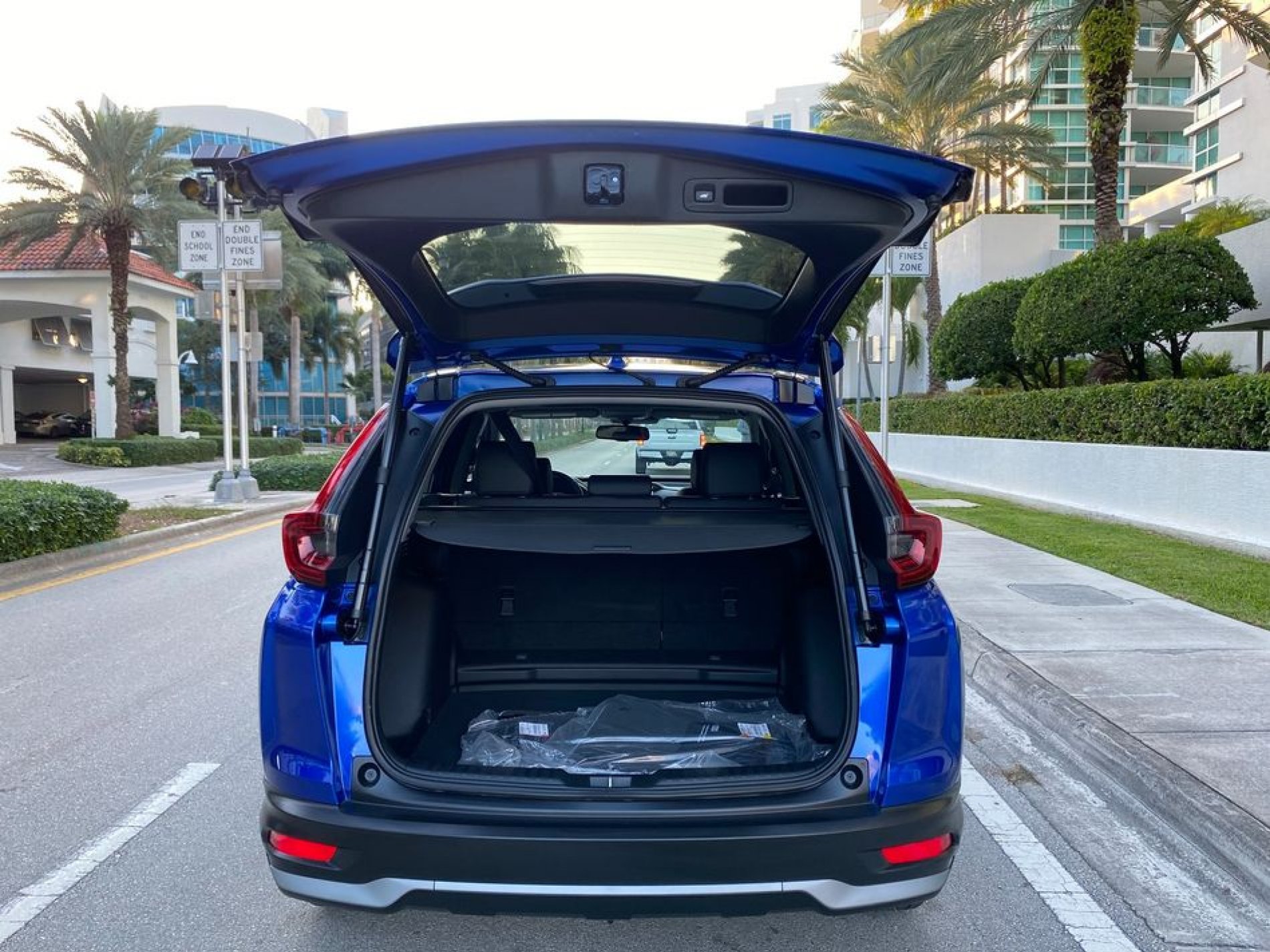 GBChoice is glad to offer you one of these cars. Contact us or see details here: https://gbchoice.com/buy-car/2020-honda-cr-v