This crossover, which will be assembled in China and Mexico, is the only representative of its class with a 7-seater interior layout. This will make it easier for the GLB to win against the Audi Q2, BMW X1 and Infiniti QX30. Already in the “base” of the German novelty, leather-trimmed seats, branded multimedia, an automatic valet and a 7-speed automatic gearbox are provided. In the top versions, there will be many security systems, all-wheel drive and other equipment. These configurations are combined with a choice of one of four turbo engines, two of which run on diesel fuel. 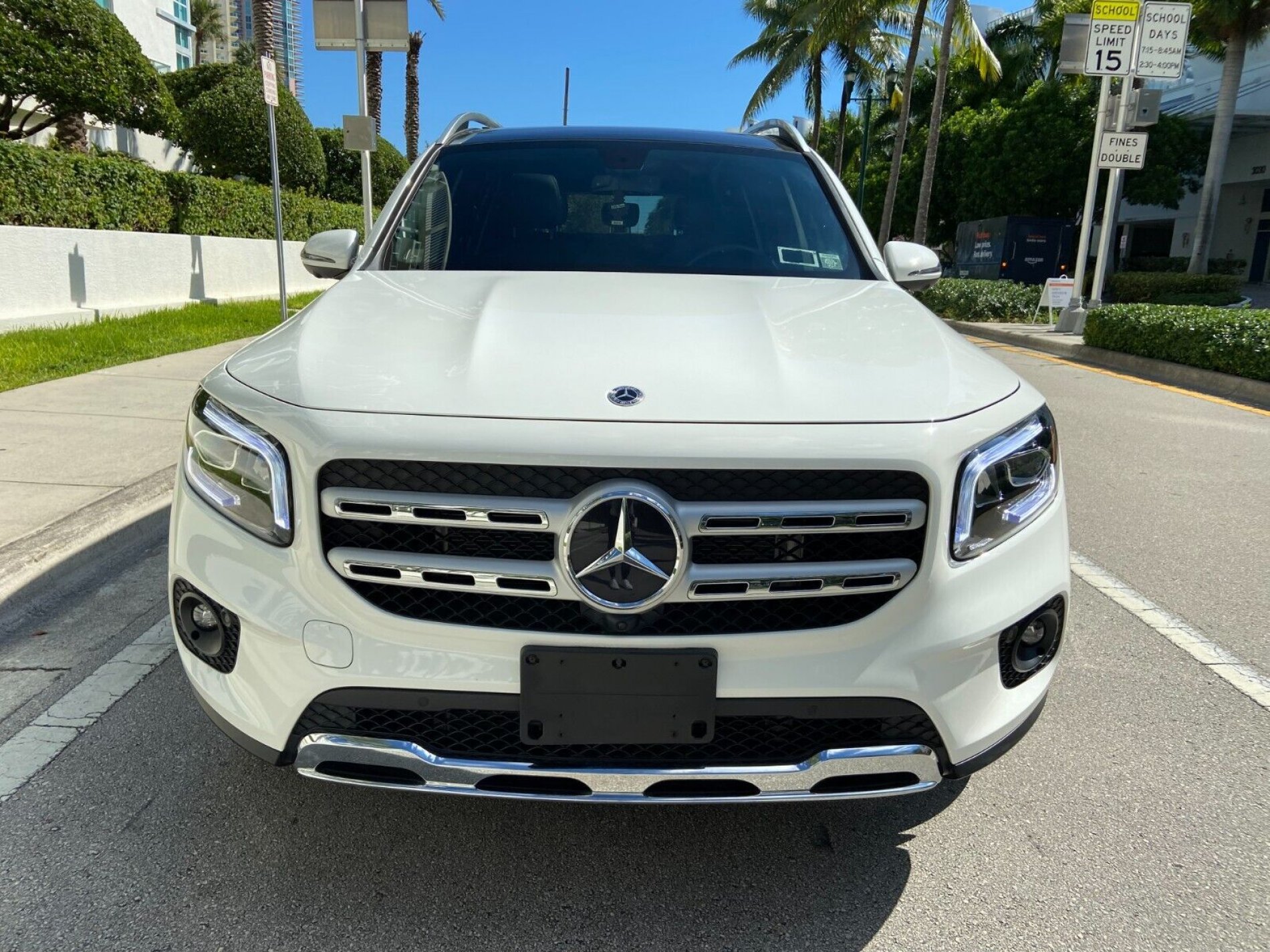 By default, the 2021 Mercedes GLB is equipped with a 1.3-liter turbocharged engine that develops about 163 hp useful power and 250 Nm of torque. This unit is complemented by front-wheel drive and a 7-speed automatic transmission. In more expensive car trim levels, an 8-speed “robot” and all-wheel drive appear. In the following versions of the crossover, only 2-liter turbo engines are provided. A gasoline unit of the same volume produces 224 hp of power and 350 Nm of torque.

Diesel engines are installed in the top versions of the crossover. The return of the "younger" motor does not exceed 150 hp, the thrust level reaches 320 Nm. The "senior" engine demonstrates 190 hp of useful power and 400 Nm of torque.

The German model is based on the upgraded MFA platform, which provides for a fully independent suspension (multi-link at the rear and MacPherson struts at the front). All-wheel drive is complemented by a multi-plate clutch that connects the rear wheels. Optionally, the manufacturer will equip the crossover with a branded package, which, due to several systems, turns the GLB into a full-fledged SUV.

The German crossover in the basic version overcomes the first 100 km/h in 9.1 seconds, developing no more than 207 km/h and consuming up to 6-6.2 liters of fuel. After the introduction of all-wheel drive and an 8-speed “robot”, the Mercedes-Benz GLB accelerates to the first “hundred” in 6.9 seconds and consumes about 7.2-7.4 liters. The maximum speed is 236 km/h.

The top versions of the German crossover use 150- and 190-horsepower turbodiesel engines. In the first case, acceleration to "hundreds" will take 9 seconds, in the second - 7.6. Fuel consumption varies between 4.9-5 and 5.2-5.5 liters, respectively. It is possible that a "charged" version of the GLB, modified by the AMG division, will enter the market later.

The new Mercedes GLB 2021 is made in the style of the latest models of the German brand. This means that the crossover is equipped with original head optics with LED strips laid on top and bottom. The hood of the GLB is characterized by wave-like shapes. The radiator grille stands out due to the presence of a wide central bar, divided by a company badge and many small metal inserts. The front bumper of the GLB is complemented by extended (similar to the "nostrils") side air intakes. 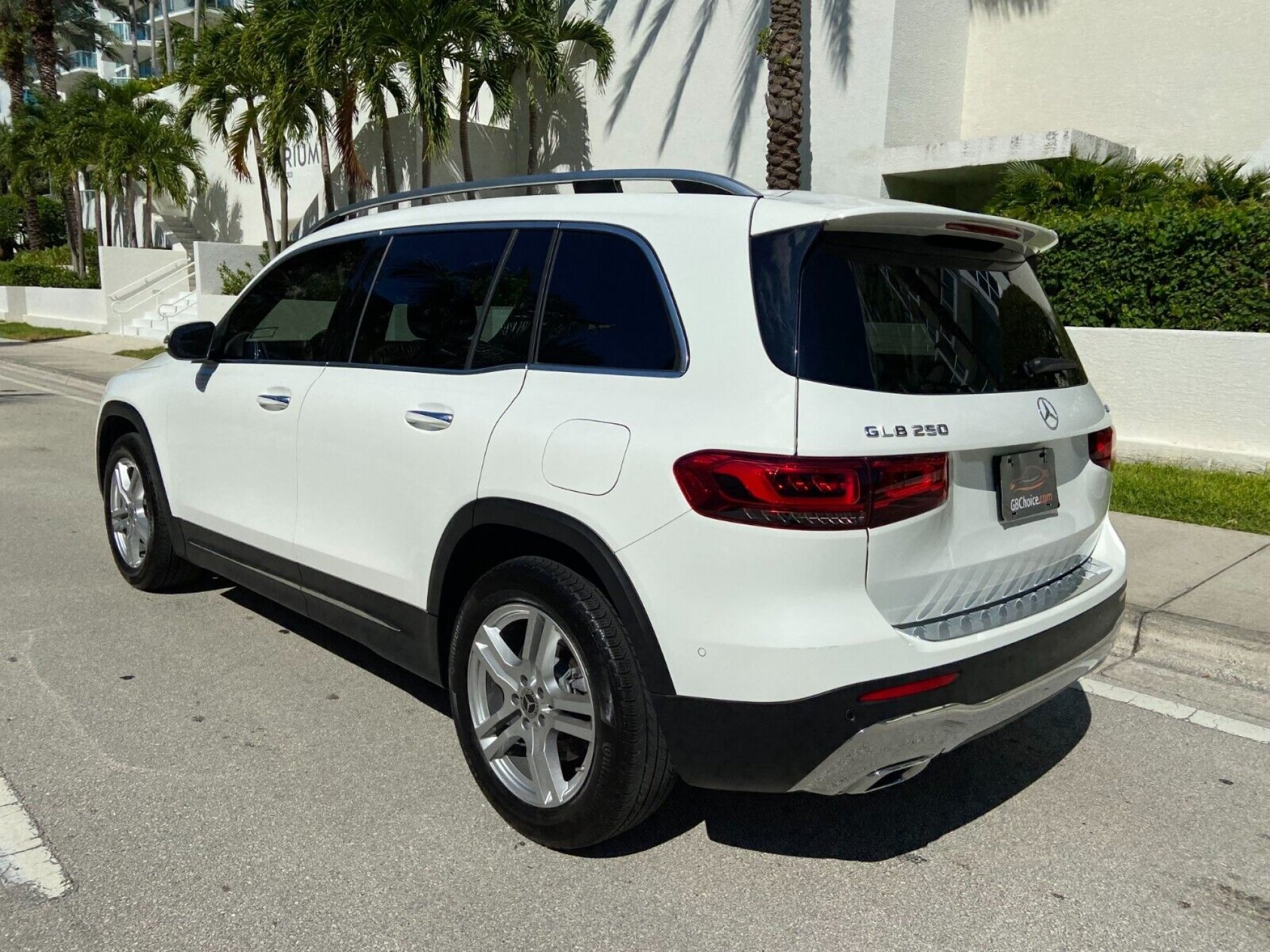 The side of the body is notable for its quadratic wheel arches and window sill line, which rises slightly closer to the stern. Because of this, visibility from the third row of seats is reduced. But the rear window has a large area. At the stern, one can distinguish non-standard headlights with LED strips forming rectangles and a metal insert on the bumper with two exhaust pipes.

The interior of the GLB has the same design as the latest models of the Mercedes-Benz brand. Inside the new crossover, a wide transmission tunnel is provided, on which a multimedia joystick is located, and rounded deflectors. The instrument panel is integrated with a touchscreen monitor mounted on top of the center console. The climate control unit is presented in the form of a thin strip trimmed with metal. Most of the physical keys found in the cabin are located on the steering wheel. 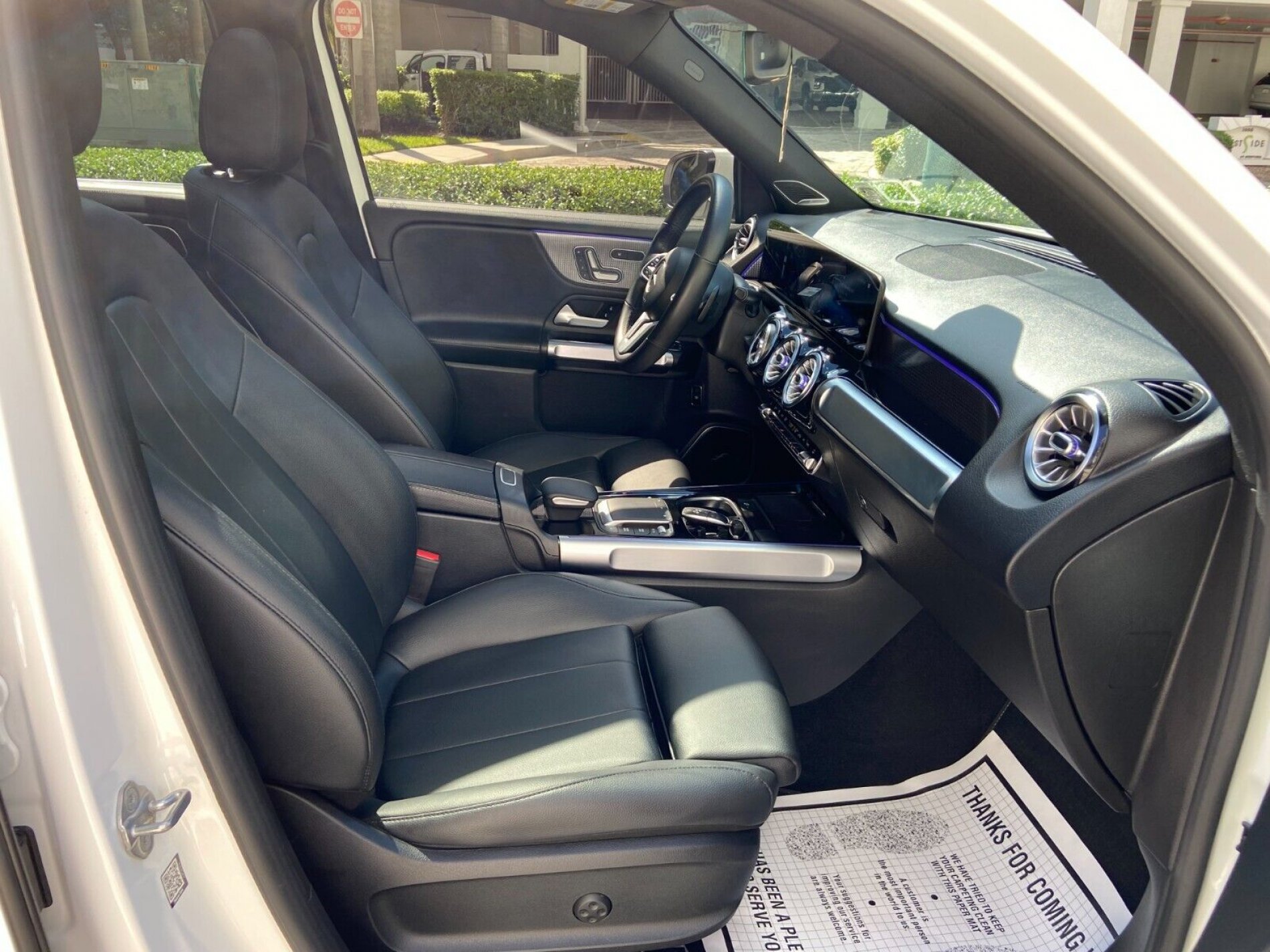 GBChoice Company is glad to offer you the representative of this model. See details here: https://gbchoice.com/buy-car/2021-mercedes-benz-other-glb-250 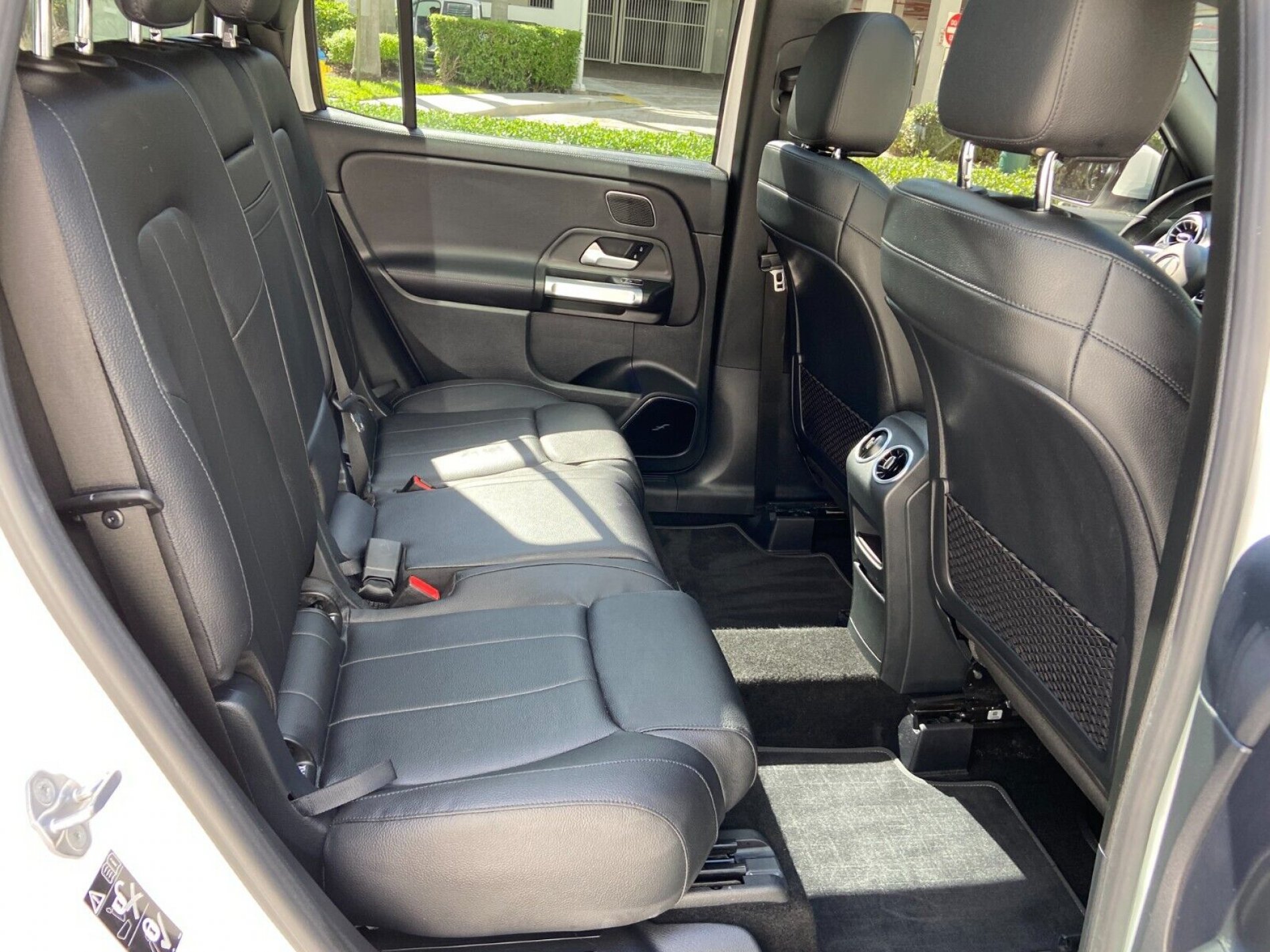