American joy. All the pros and cons of the Hyundai Palisade.

American joy. All the pros and cons of the Hyundai Palisade. 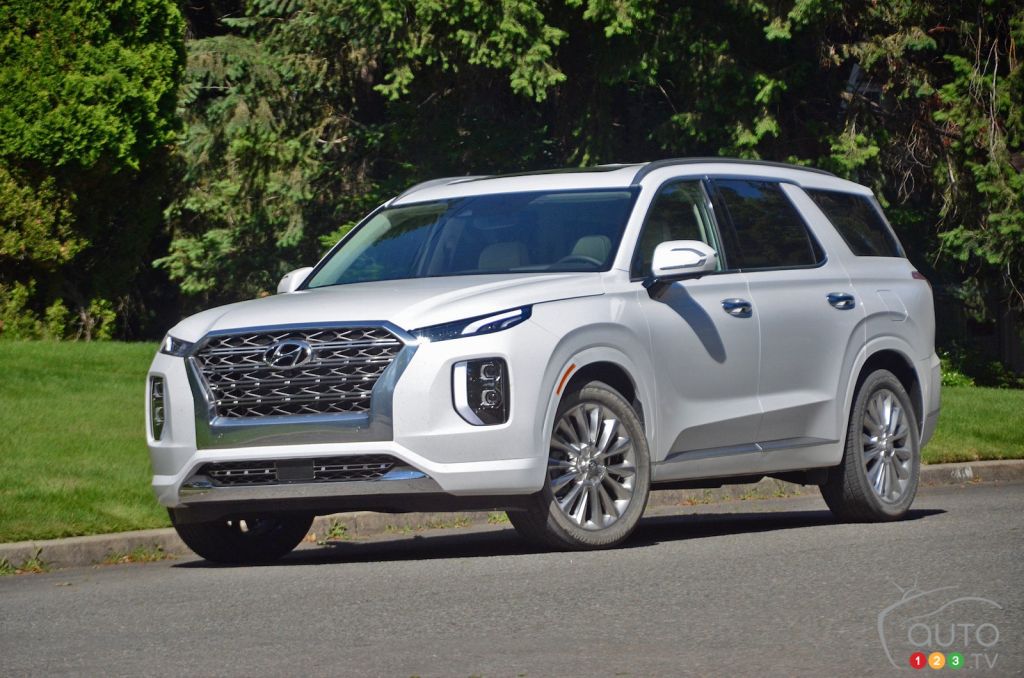 The photo is taken from the site: https://www.auto123.com/en/multimedia/picture/2020-hyundai-palisade-pictures/124275/

A big car! By the standards of the American market, Palisade is a mid-size SUV. Seven adults can easily sit in its cabin, along with luggage and drinks in the assortment. At the same time, the "American" of Korean origin is well equipped and good-looking in his own way.

It is not difficult to understand that the Hyundai Palisade was conceived as an emphatically family-friendly, roomy and practical crossover. Equipped and decorated well enough to be comfortable, but not so richly as to seem repulsively expensive. The question of what happened is answered by the sales results: The palisade immediately became very popular with South Korean buyers and confidently started in the United States.

If outwardly a large front garden looks rich, then the interior at the current cost of the crossover is already teetering on the verge of a psychologically acceptable level. It seems that there is a skin, and a variety of buttons-twirlers, and a boring architecture with a high and massive console in the middle. But there are also enough shortcomings: an expressionless steering wheel, simple analog devices (the same as in Solaris!), a dim climate control display under an inexpensive muddy plastic. The interior is simply devoid of elegant or at least some catchy details, except for the button selector of the automatic transmission. But even that one, it seems, could be more interesting.

However, it's still nice to be behind the wheel of a Palisade. A high landing and a mighty hood in front of your eyes, large and comfortable mirrors, a good-quality seat - this decoration creates a special comfort of a large car, where you feel protected. This image is also supported by noise-insulating "double" windows in the front, which are standard for the crossover in all trim levels. 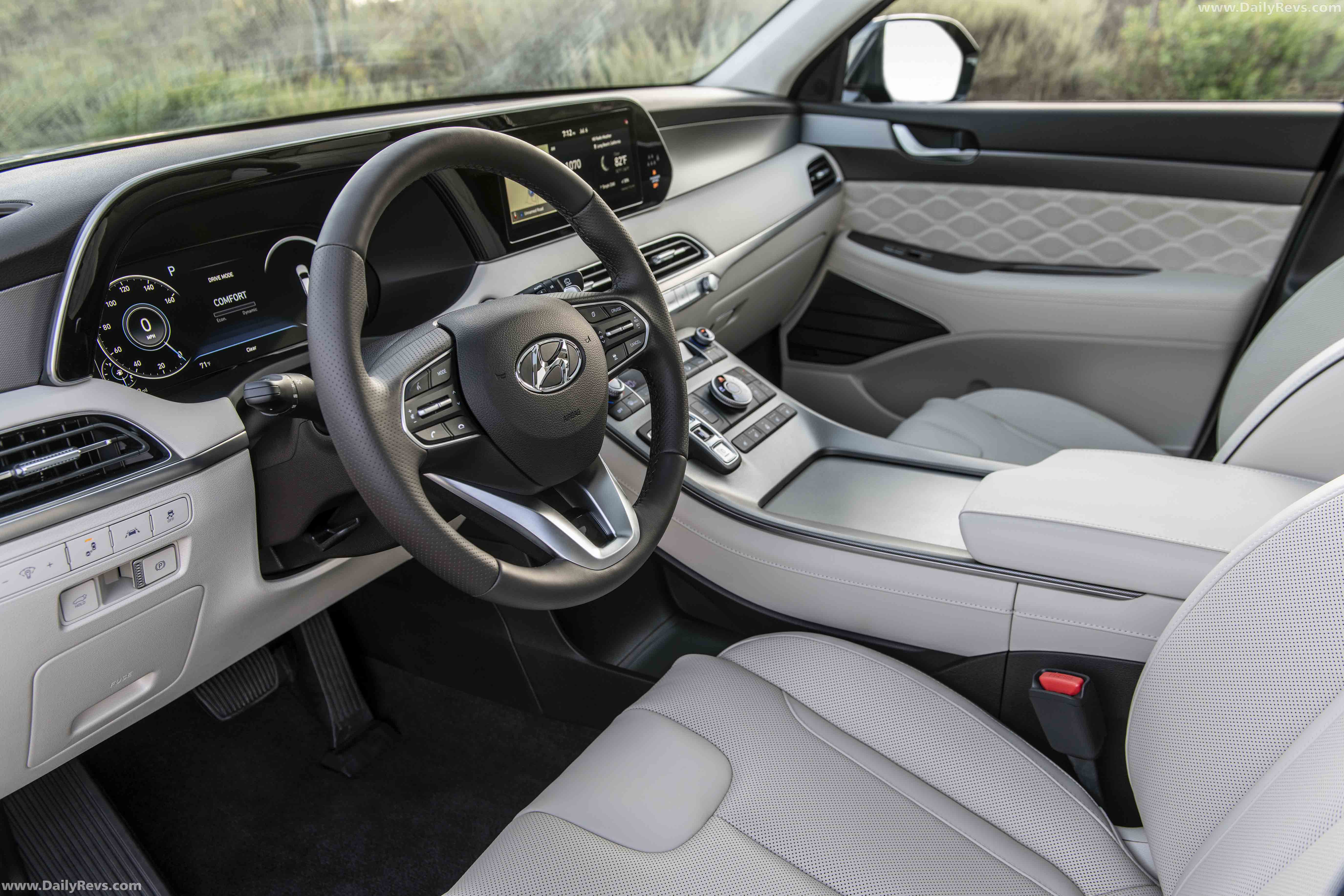 The photo is taken from the site: https://carakoom.com/blog/hyundai-palisade-poluchil-novye-opcii-i-topovuyu-versiyu-caligraphy

An even more important quality of a large car is a spacious interior. And in the case of the Palisade, it is so spacious that a person with a height of 190 centimeters can put the driver's seat under him, calmly sit behind him on the second row and ... squeeze into the third row, where he/she will also fit! Yes, it is ideally better to move the middle row chair slightly forward (there will still be enough space left), and you will have to sit on the gallery under the ceiling and with your knees up. Despite the declared three-person capacity, a maximum of two adults will fit on the third row, but they will still have real seats, and not defective ones.

Taking care of passengers is also fine. There are plenty of cup holders, seven USB ports are already included in the initial equipment, and with them — a three-zone climate control with heated seats in the middle row. By default, there will also be a number of other buns, such as keyless access and parking sensors, but some useful equipment is missing from the Palisade in principle, regardless of the configuration. We are talking about the heated windshield, the keyless access system buttons on the rear door handles, as well as the branded tow bar.

The Palisade is built on a stretched platform of the fourth-generation pre-styling Santa Fe and has a wheelbase larger by 135 millimeters (up to 2900 mm) with 4980 millimeters of overall length. The suspension is also of the usual scheme: with a Macpherson at the front and a multi-link at the back, and the drive is front and full, with the rear axle connected via a multi-disc clutch. No additional tools for off-road driving, except for the three modes of operation of the control electronics, are provided.