Details of car refueling with fuel

Details of car refueling with fuel 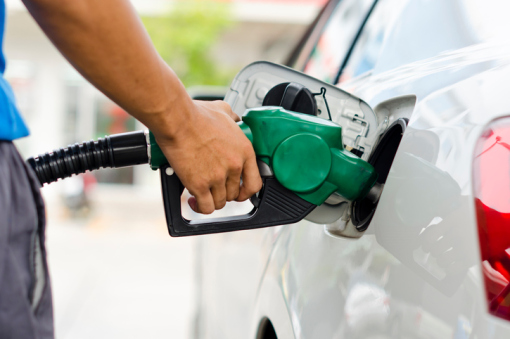 The photo is taken from the site: https://postingmaterial.wordpress.com/2016/06/09/topping-off-your-tank-wastes-money-harms-health/

Even such an elementary procedure as a car refueling at a gas station can be a problem for a beginner, so it would be useful to use some tips for refueling vehicles at a specialized station.

Each driver should monitor the fuel level in the tank and not allow less than a quarter of the total volume to remain there. When the fuel level drops below ¼, muddy sediment and fine particles enter the fuel system, which negatively affects the performance of the entire car.

Automobile fuel is divided into gasoline, diesel and gas, and there are specialized stations for refueling.

At the same time, diesel fuel is more relevant for foreign cars from Europe and Asia, while gasoline is the most common type of fuel. Experienced motorists know that at some gas stations you can "run into" low-quality gasoline, so beginners are encouraged to explore this area and consult with colleagues about which gas station is better in their region.

Also, automobile beginners are to examine which side is a hole for filling the tank with fuel. This will determine the entrance to the territory of the gas station: if the filling hole is on the wrong side, the driver will be forced to turn around outside the gas station.

Refueling to a full tank

After the car is on the territory of the gas station and stops at the desired machine with fuel, the car must be turned off, according to the safety regulations. If there is no way to stop the engine. You need to turn on the parking mode, especially in cars with automatic transmission. After that, the driver opens the neck of the fuel tank. The designs of modern car models allow you to open the neck without leaving the cabin. The refueling gun can be of different modifications and therefore in some cases it is enough to press the fuel supply button once, and in others to hold it during the entire procedure.

When the right amount of fuel is in the tank of the car, the gun must be carefully removed from the neck. Most often, this is done by a gas station employee.

In principle, refueling a car with fuel is a simple matter, but subject to certain requirements.