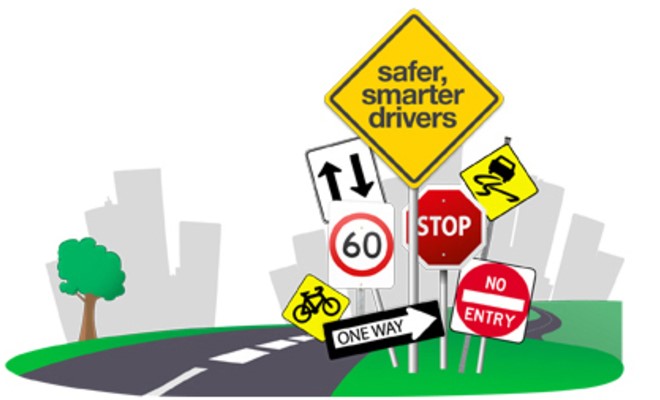 The photo is taken from the site: https://prwire.com.au/pr/83870/australian-road-rules-everything-you-need-to-know

Driving features in different countries are very similar, but still, when traveling abroad, you should know some of the features that are specific to a particular area.

Drivers outside the city zone in this country are fined if they drive without low-beam headlights on.

The same rule applies to the Scandinavian countries.

Parking in Italy is only allowed in the direction of travel, and two or more pets must be transported exclusively in a cage.

In this country, before you park, you should remember what day it is. On even days of the month, you can park your car on one side of the street, and on odd days - on the other.

Sometimes this rule applies to house numbers – on certain days you can park under certain building numbers.

In cities, especially in the central part of them, it is forbidden to honk, so hot-tempered drivers will have to restrain their emotions.

In Germany, too, violent displays of emotions are discouraged. The SDA has a separate clause that provides for liability in the form of paying a fine for publicly showing the middle finger of the hand, sticking out the tongue, and bending the arm at the elbow.

Also, in this country, it is strictly forbidden to remain without fuel on the autobahn.

In Greece, police officers are authorized to steal license plates from an improperly parked car. In addition, they are allowed to get behind the wheel of someone else's car to drive it away.

All drivers who are stopped by the police are required to immediately pass a blood alcohol test. In this case, a special test kit must be available to the driver. Failure to carry out this procedure is fraught with instant arrest.

In Cyprus, it is strictly forbidden to eat or drink while driving. Even if the drivers decided to drink water while driving, they will be fined a large amount.

In this North American state, on the contrary, it is allowed to drink low-alcohol drinks and beer while driving until intoxication occurs. But when it comes – the driver must decide for himself.

In Singapore, motorists should not approach pedestrians more than 50 meters.

On Mondays, those whose car numbers end in one or two are not allowed to use their car.

In Denmark, every driver must look under the car before traveling to make sure that there is no person or animal under the vehicle.

Motorists in this country should be especially careful to move after the rain. The driver will have to part with a substantial amount of money, if he gets hit a pedestrian.

But in China, only pedestrians themselves are concerned about pedestrian safety. All crosswalks in this country point only to the place where citizens can try to run across the street while there are no cars moving along it.

This is because motorists are forbidden to slow down to let pedestrians pass.

Here on the roads there is a complete Patriarchy - women cannot get behind the wheel of a car, and even a bicycle. Nevertheless, the situation is changing now.

There are only three points in the rules of Malta: all old cars give way to new ones, all cars give way to buses, and all vehicles pass the pedestrians. Interestingly, with such a meager list of traffic regulations, car accidents are very rare in this area.

In Cuba, a taxi driver can be jailed for giving a ride to a foreigner.

In Massachusetts, you can only transport a gorilla in the front seat next to the driver.

In Memphis, New Orleans, and Alabama, women have the right to travel in small cars and it is only provided that the vehicle is marked with a red flag to notify other road users.

In Pennsylvania, a driver who meets a rider on a horse must observe the animal's reaction. If the horse is afraid, the driver, stopping the car, must cover himself with a blanket. If this does not help, then the car should be hidden in the bushes.

In California, ladies are not allowed to drive in long evening dresses, and you can also get a fine for wiping the car with old underwear.