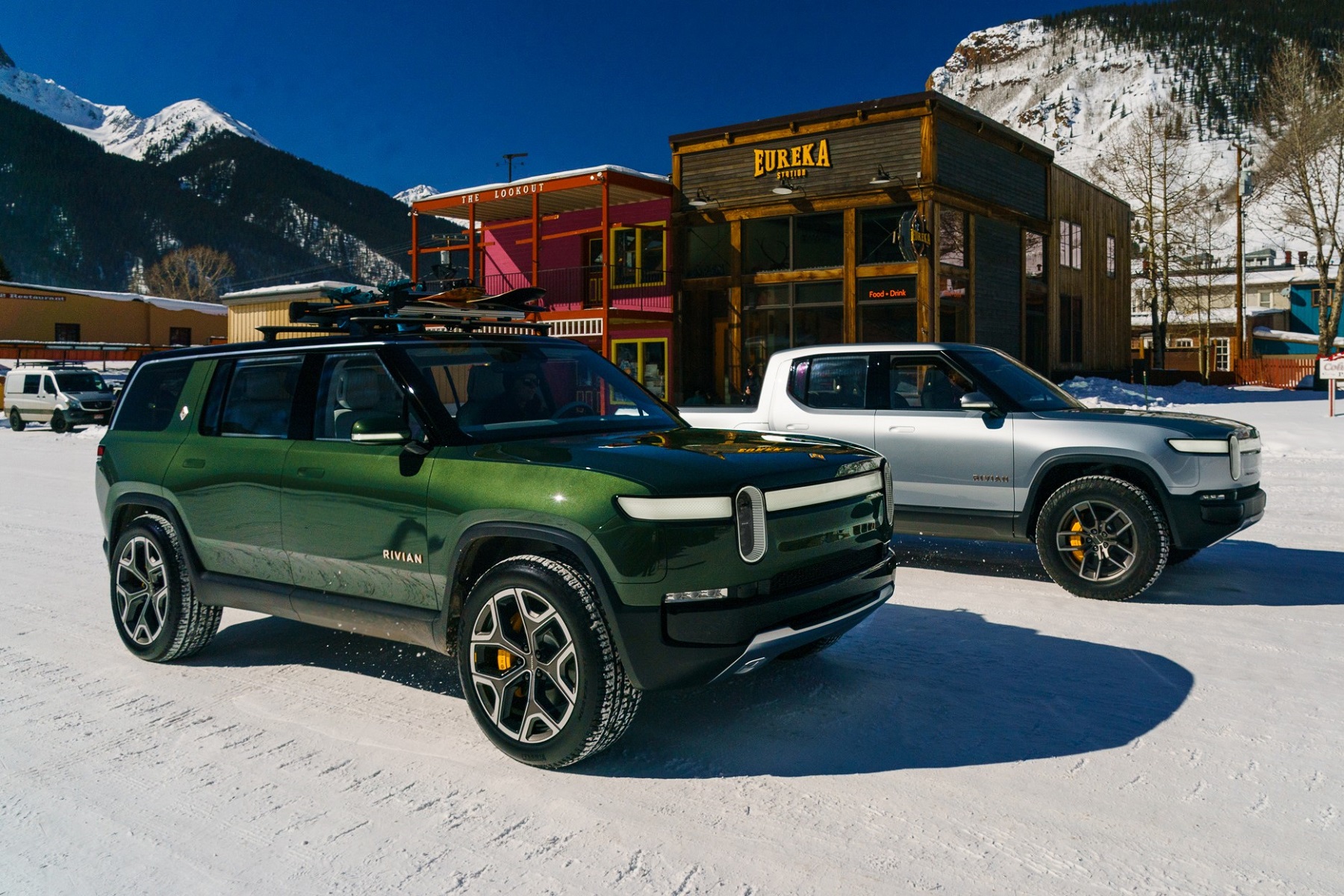 The photo is taken from the site: https://carsandczars.com/the-first-rivian-ford-ev-will-be-a-lincoln-crossover/

The appearance of a new pickup truck and SUV Rivian R1T and R1S repeatedly postponed for various reasons. Now, the manufacturer decided to finally announce the start of sales, as well as warm up the public by revealing the technical characteristics and announcing the cost. Due to the coronavirus quarantine, the company does not have time to start production of Rivian electric cars until the end of 2020. Most likely, the production models will go on sale in the summer of 2021, but not later, since there is no way to pull further. 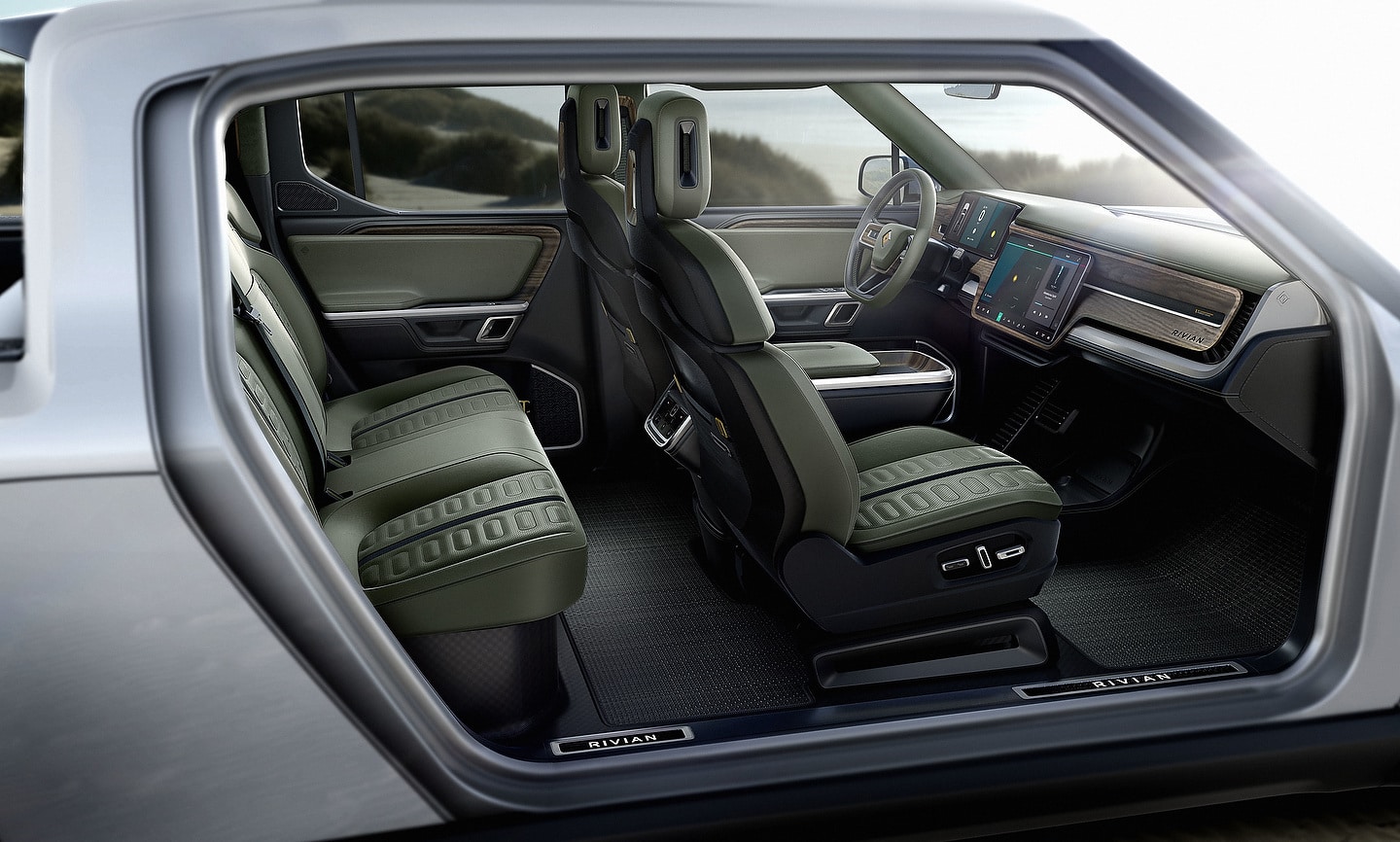 The photo is taken from the site: https://motorillustrated.com/rivian-r1t-tank-steer-system-turns-ev-truck-on-a-dime/32018/

So according to the manufacturer, the price of the Rivian R1T pickup truck will start at $67,500 in the United States. For this money, the buyer will receive a roof over the cargo compartment (complete set Explore), a modern standard audio system. The interior is made in black and covered with artificial leather. The front seats are heated, and the driver's seat can be adjusted in the lower back. A step higher is the Adventure package priced at $75,000. In addition to the list of previous modifications, the pickup set includes a modified bottom protection, a modified front bumper with a pair of tow hooks and an air compressor. On the other hand, the electric shutters on the Luggage compartment of the pickup, interior decorated with wooden ash inserts, perforated eco leather on the steering wheel, heated and ventilated front seats, improved audio system and lumbar adjustment for the front passenger seat are worth noting. 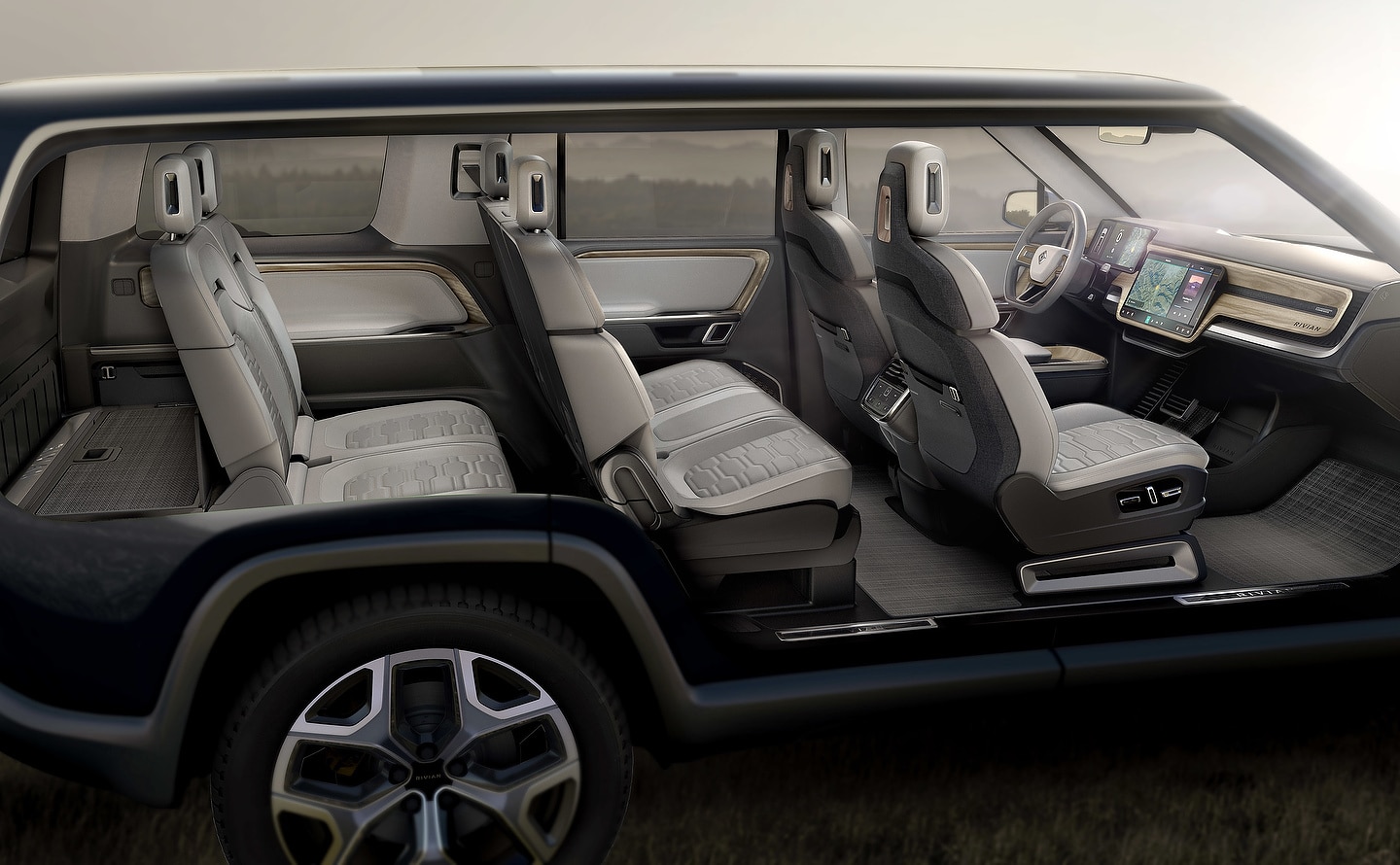 The photo is taken from the site: https://motorillustrated.com/rivian-r1t-tank-steer-system-turns-ev-truck-on-a-dime/32018/

While the market will be supplied with the Launch Edition, which is made specifically for the start of sales of the brand. The buyer will be offered a pickup truck and an SUV at the same time, at a price of $75,000 and $77,500, respectively. The main advantage is that at the start of sales, the buyer will be offered to choose 20" or 22"alloy wheels. The palette of Rivian body colors will also please with a special shade of Launch Green, available only for the first copies of electric cars. Plus, special nameplates will be installed along the perimeter of the body, which perfectly distinguish the electric car in the traffic flow.

Now about the technical characteristics of Rivian. At the beginning of production, all modifications will be available with a battery capacity of 135 kWh. A full battery charge should be enough for 480 kilometers of travel. According to various sources, 6 months after the start of sales of the first copies, the next ones will be equipped with batteries with a capacity of 180 kWh. Accordingly, the power reserve will increase to 640 kilometers on a single charge. In parallel, a simpler battery will also be available for Rivian, with a capacity of 105 kWh and a power reserve of 400 kilometers.

Previously, the manufacturer has repeatedly stated that the starting price of the new Rivian R1T pickup in the basic configuration will cost from $61500, and the basic SUV from $65000. It is possible that at the time of the start of sales, another price list may appear, where prices are lowered to the promised ones. Most likely, this will not happen until 2021.

The prototypes of the Rivan models production were tested in real-world conditions, in particular on the roads of North and South America, and therefore in different climatic conditions. In part, electric cars were used to transport film cargo and personnel, during the filming of the documentary series Long Way Up. Thanks to such tests, you can fully understand what the new electric cars are capable of.