Honda Civic Hatchback 2020 updated for the US market

Honda Civic Hatchback 2020 updated for the US market 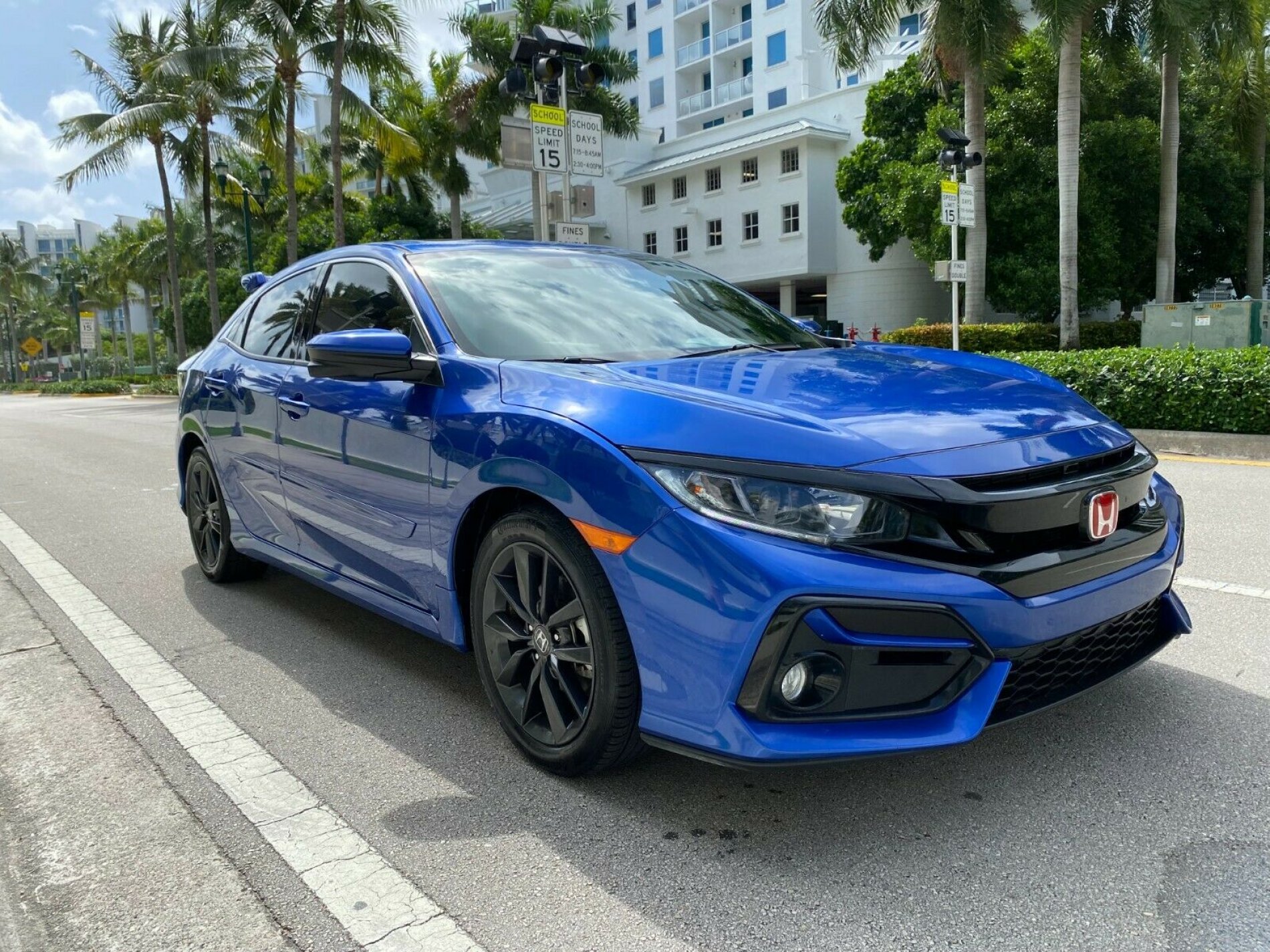 Honda Civic Hatchback received such modest and minimal update that, at first glance, you will not see new things. They can be noticed only when carefully compared with the pre-reform version. The sedans and coupes of the same name were also minimally updated.

The most obvious changes have occurred in the appearance. Although they are also quite minimal. According to samurai traditions, the design of the front and rear bumpers, the design of alloy wheels, front optics and rear dimensions were revised. 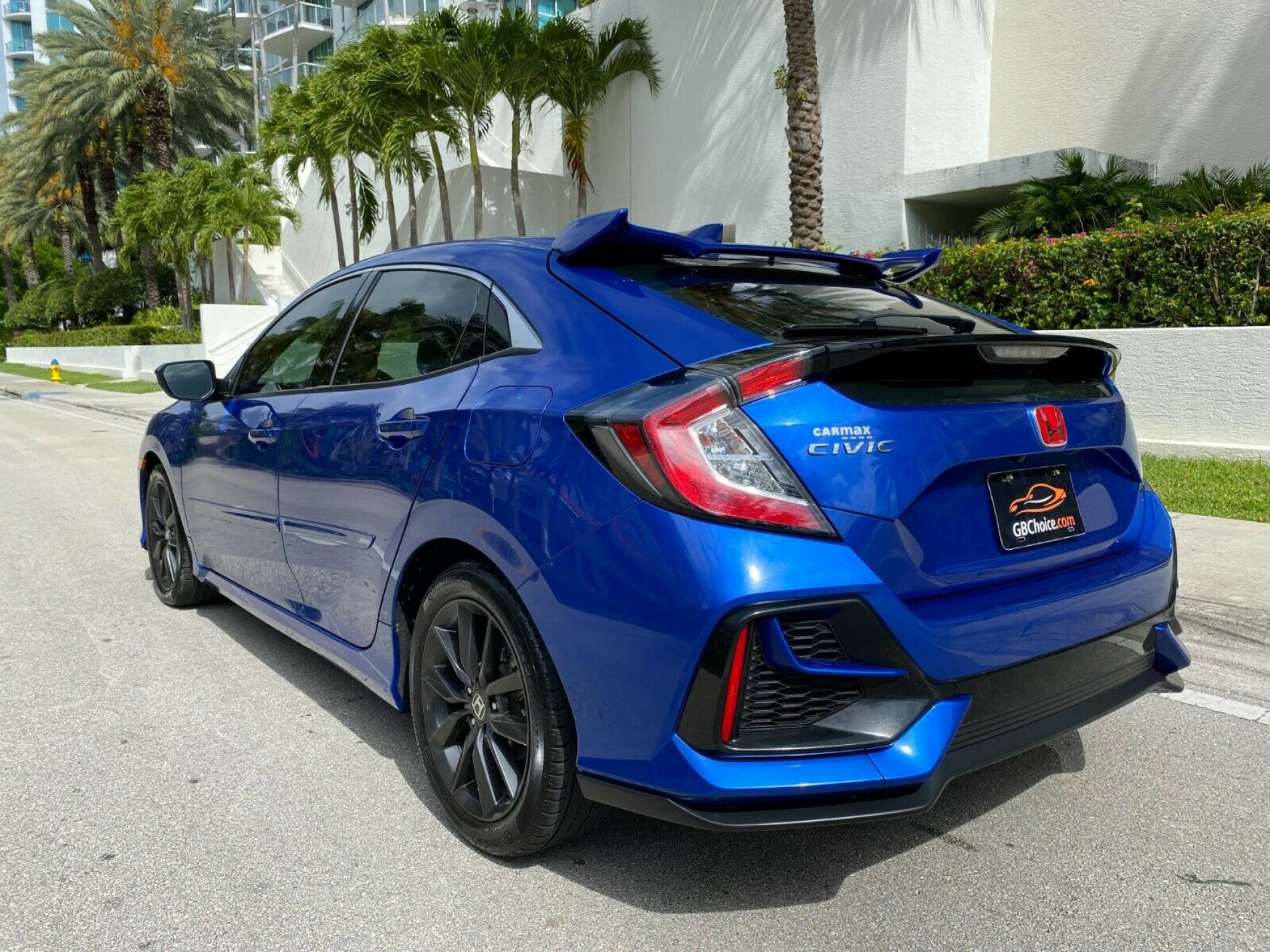 The “eagle” muzzle received a long, narrowed optics that spread out onto the side wings, cut into a false grille, which received small matte decorative elements that climb onto the optics pattern, giving a slightly squinted look. The bumper received a new geometry, side diffusers and a large grille in the middle.

On the side you can see a rather strange shape of the protruding wheel arches. It looks interesting, but purely for an amateur. The wheels are 18 inches. In sports versions, the default is 19 inches’ wheels.

The most interesting part of the updated Civic Hatchback is the stern. In part, it resembles the Prius, but still has its own original solutions.

In general, everything is quite harmonious. We can say that we have an aggressive sports hatchback designed to dominate city traffic among wagons and faceless sedans.

In the salon, except for the presence of new colors and finishing materials, there have been no changes. Unless they cut a new cup holder between the front seats. The manufacturer also mentioned improved sound insulation. The previous generation of Civic was criticized more than once in this regard. 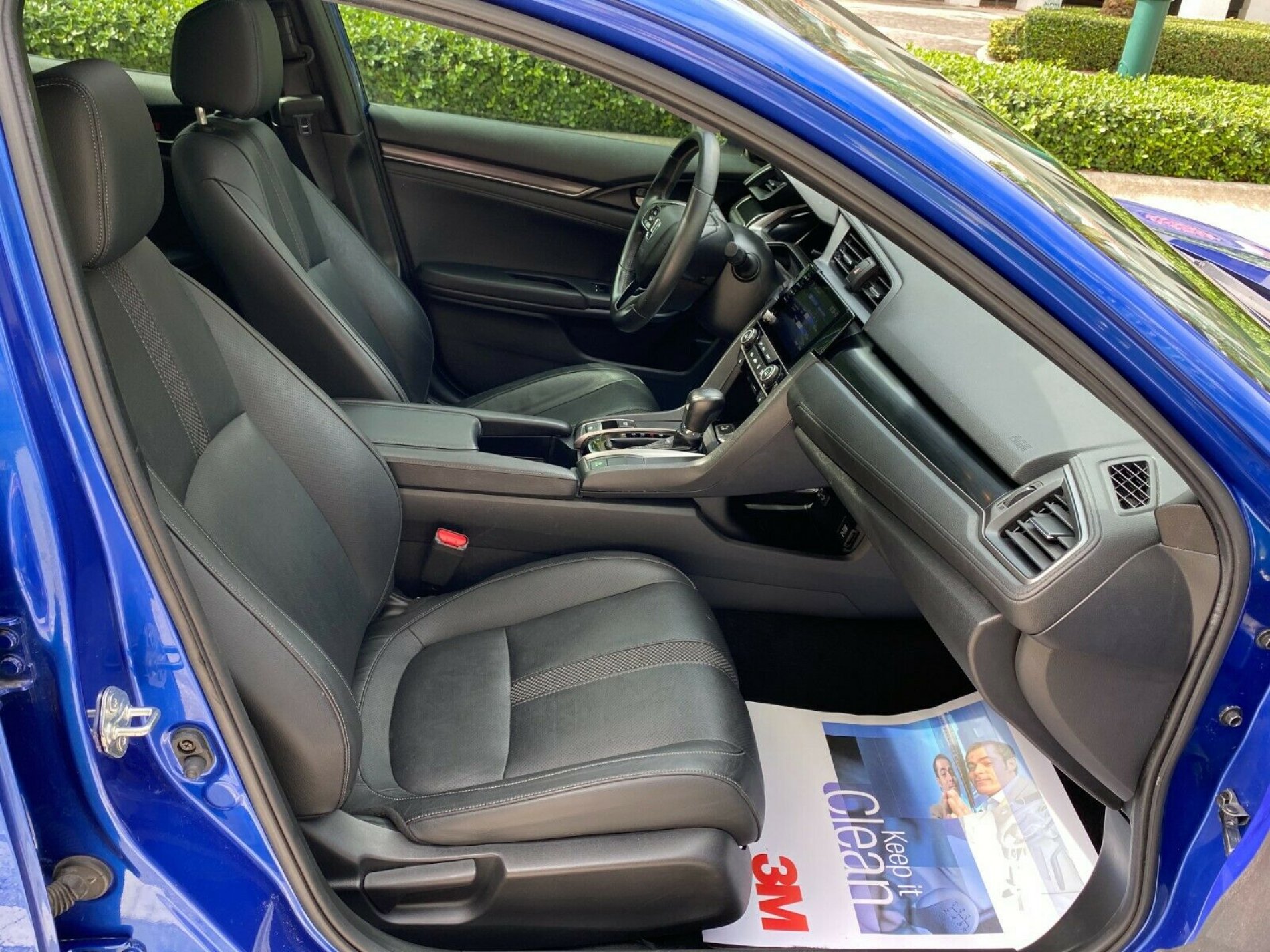 The interior design demonstrates a complete disregard for modern trends with their desire for minimalism. The hatchback, coupe and sedan have almost the same front part of the salon and demonstrates a lot of incomprehensible design ribs and distraction of control buttons throughout the dashboard and door cards.

Oh yes, the most important update of the interior is the new multimedia, which received a 7-inch screen with support for IOS and Android. 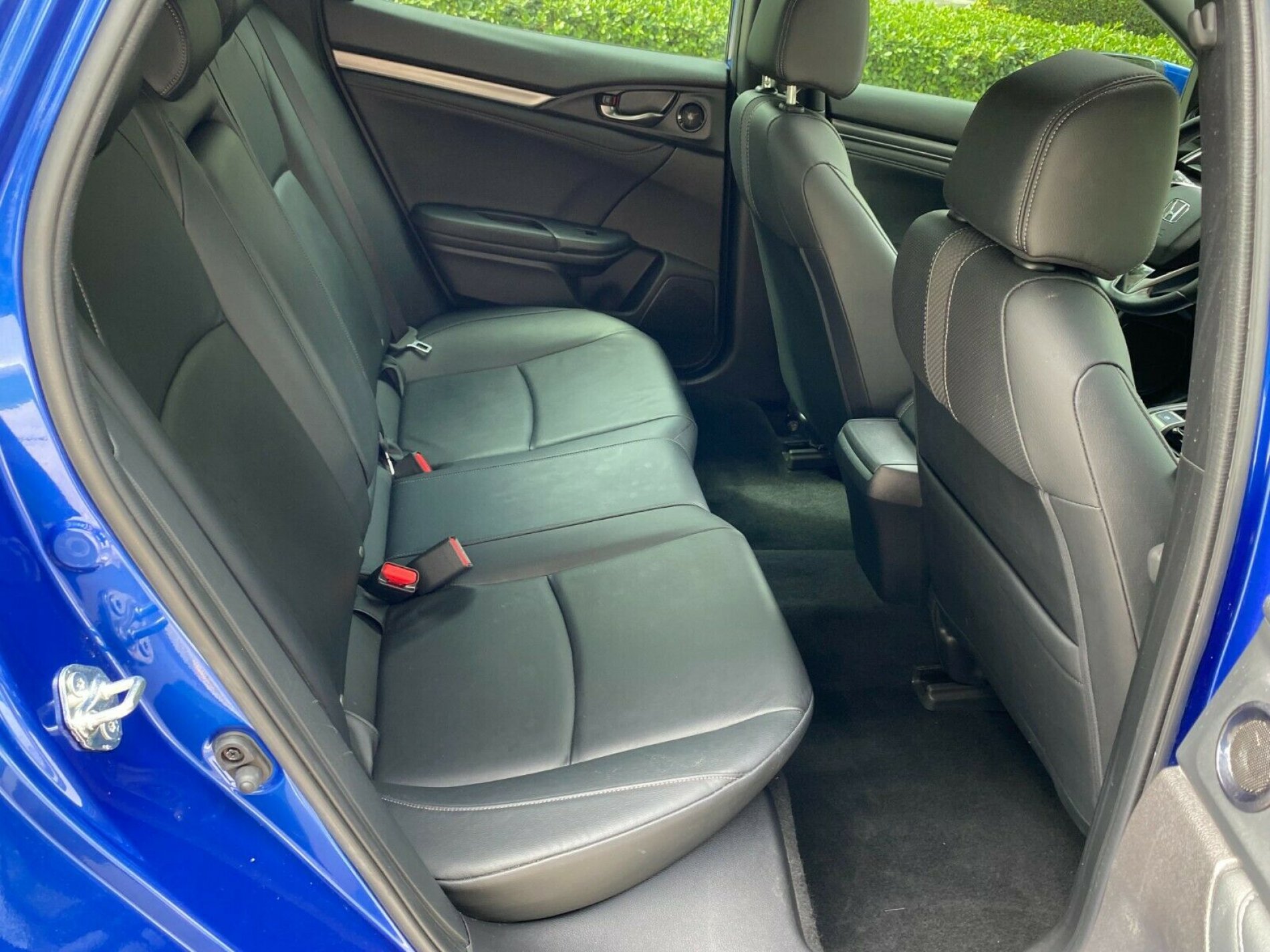 Hatchback technical stuffing is no different from the pre-styling version. The Japanese five-door is still equipped with a turbocharged gasoline engine with a displacement of 1.5 liters in four cylinders.

The two-liter engine, which was available in the previous generation, was abandoned by the company due to weak sales.

The basic versions will allocate 176 horses and 260 Hm of torque under the guidance of the CVT variator.

For sports versions, the engine is boosted by 182 hp. at the same speed, and as partners to choose from, either the same variator or a 6-speed manual gearbox.

It is worth noting that the owners of the previous generation Honda Civic with the same CVT note its short life, so in this regard, it may be better to dwell on the mechanics, especially since it is offered at a lower price tag.

Hatchback consumption will be the same - 8-9 liters. The maximum mark on the speedometer remained at 275 km/h.

GBChoice Company can offer you the representative of this car model. See details here: https://gbchoice.com/buy-car/2020-honda-civic-4d-hatchback-ex-l 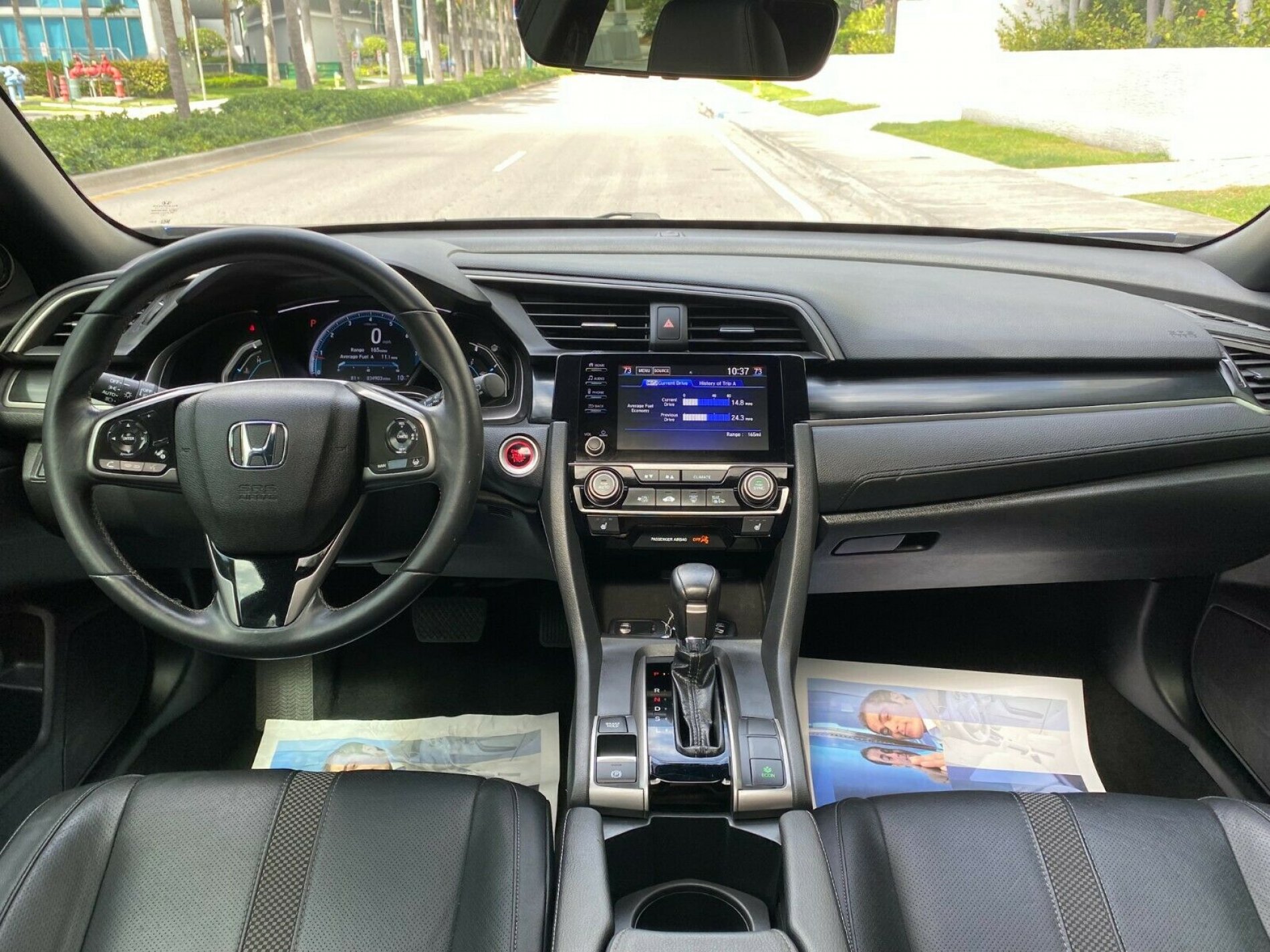