Lexus IS 200t 2017: perfection of forms and technologies

Lexus IS 200t 2017: perfection of forms and technologies

In January 2013, the Japanese brand Lexus, engaged in the production of premium cars, officially introduced the third generation of its most "driver" sedan - the IS model, which survived a planned restyling a few years later and acquired a slightly modified appearance, an improved interior, as well as a completely new two-liter turbo engine and retuned chassis parameters. 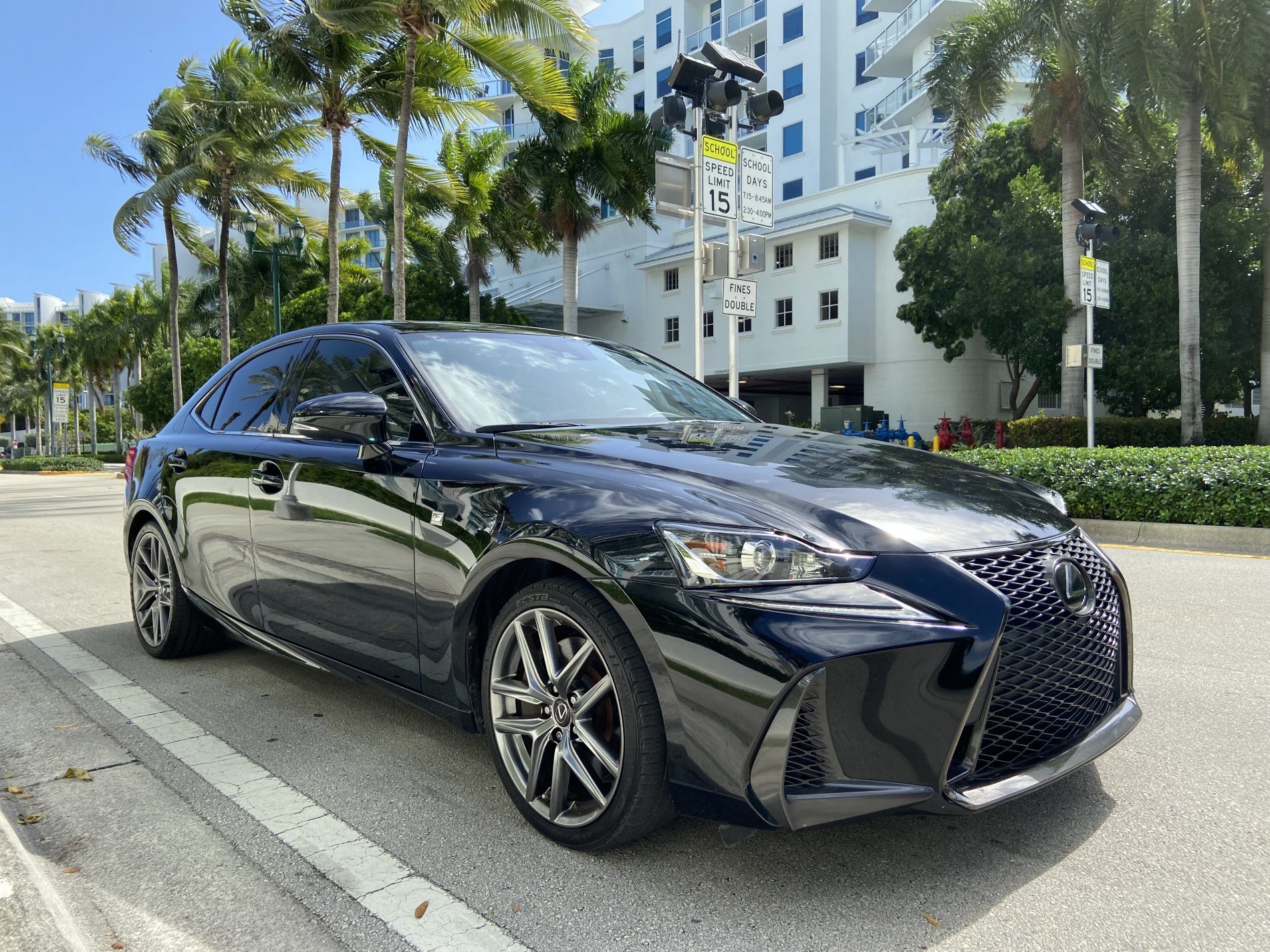 Recall that the main competitors of the Lexus IS are the Mercedes C-class, Infiniti Q50, Audi A4 and BMW 3-series, in which the hero of our review wins by having a brighter and more memorable design, as well as a wider list of equipment, and all this is offered at a comparative with price competitors. Looking ahead, we note that the car is ideal for lovers of active driving, who put emotionality in the first place, not rationalism.

The exterior of the restyled Lexus IS 200t is designed in the corporate predatory style of the latest models of the company, so loved by millions of brand fans around the world. Just one glance is enough to note the sporty and impetuous nature of the novelty, which at the same time inspires fear and respect on the road. 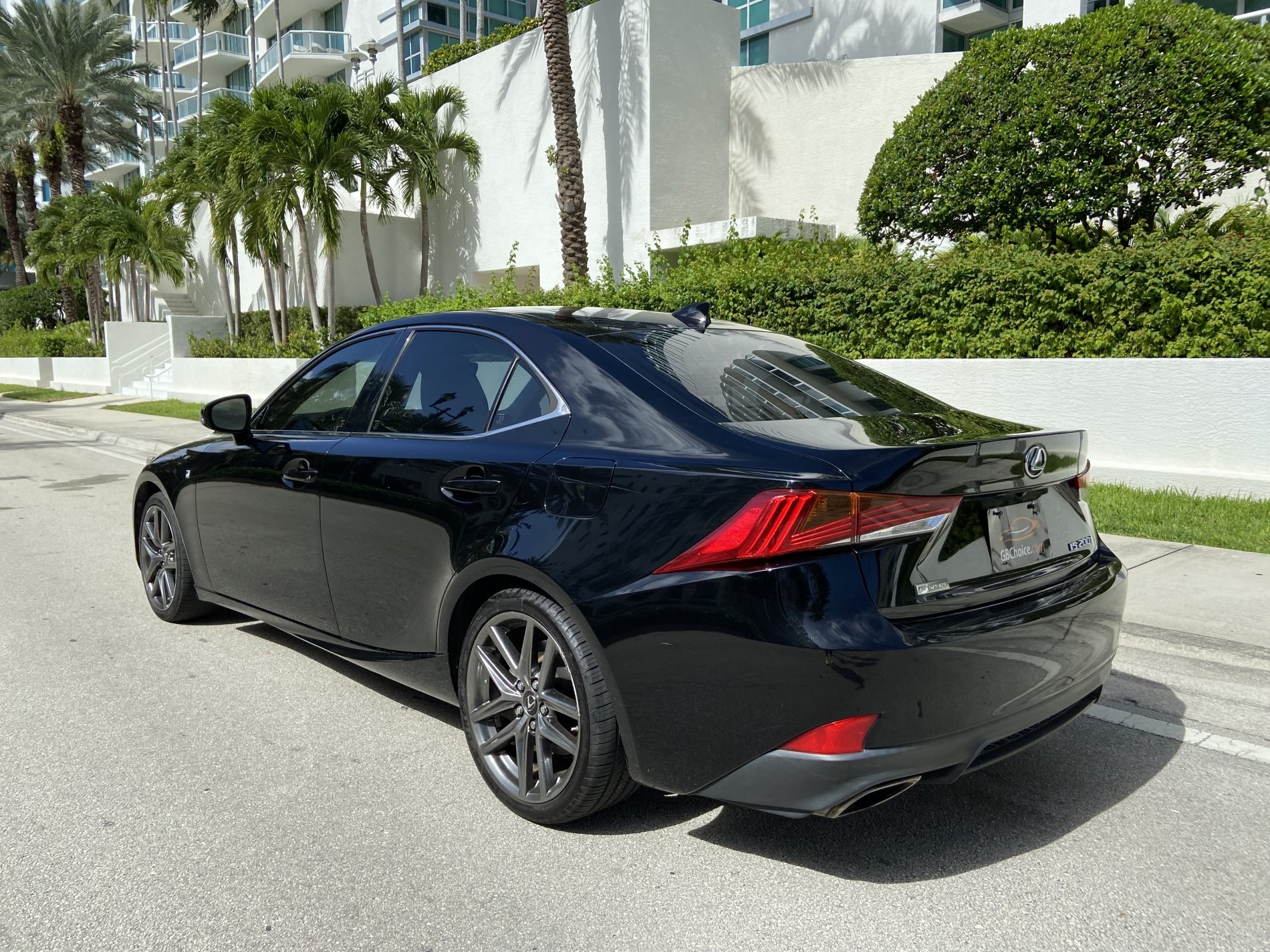 The front part of the car has got a new, all-LED head optics, under which the spectacular "jackdaws" of LED running lights have been preserved, as well as a larger false radiator grill, traditionally made in the shape of an hourglass and received a more stylish wicker structure.

In addition, the front bumper is complemented by stylish air ducts that improve aerodynamics and contribute to more efficient cooling of the front brakes.

The profile of the sedan is distinguished by the presence of a long sloping hood, massive wheel arches and a taut stern, emphasizing the sporty component of the model.

The stern of the Lexus IS retained the proportions of its predecessor, but acquired new exhaust pipes and a more spectacular pattern of rear LED lights that extend into the sidewalls and give the stern a more daring look.

The external dimensions of the Lexus IS 200t 2017 remained the same:

The distance between the front and rear axle is 2.8 m;

The ride height is only 140 mm, which, on the one hand, provides better aerodynamics, and on the other hand, requires the driver to be more careful when entering and exiting curbs, as well as when driving on a country road, where, frankly, the car does not belong.

The interior of the updated Lexus IS 200t captivates with its style and originality, as well as the excellent fit of elements and the highest quality of materials used, which are pleasing to the eye and pleasant to the touch. In front of the driver is a conservative, but the most informative dashboard (optionally fully digital), and a new three-spoke steering wheel, topped with a large number of buttons and switches. 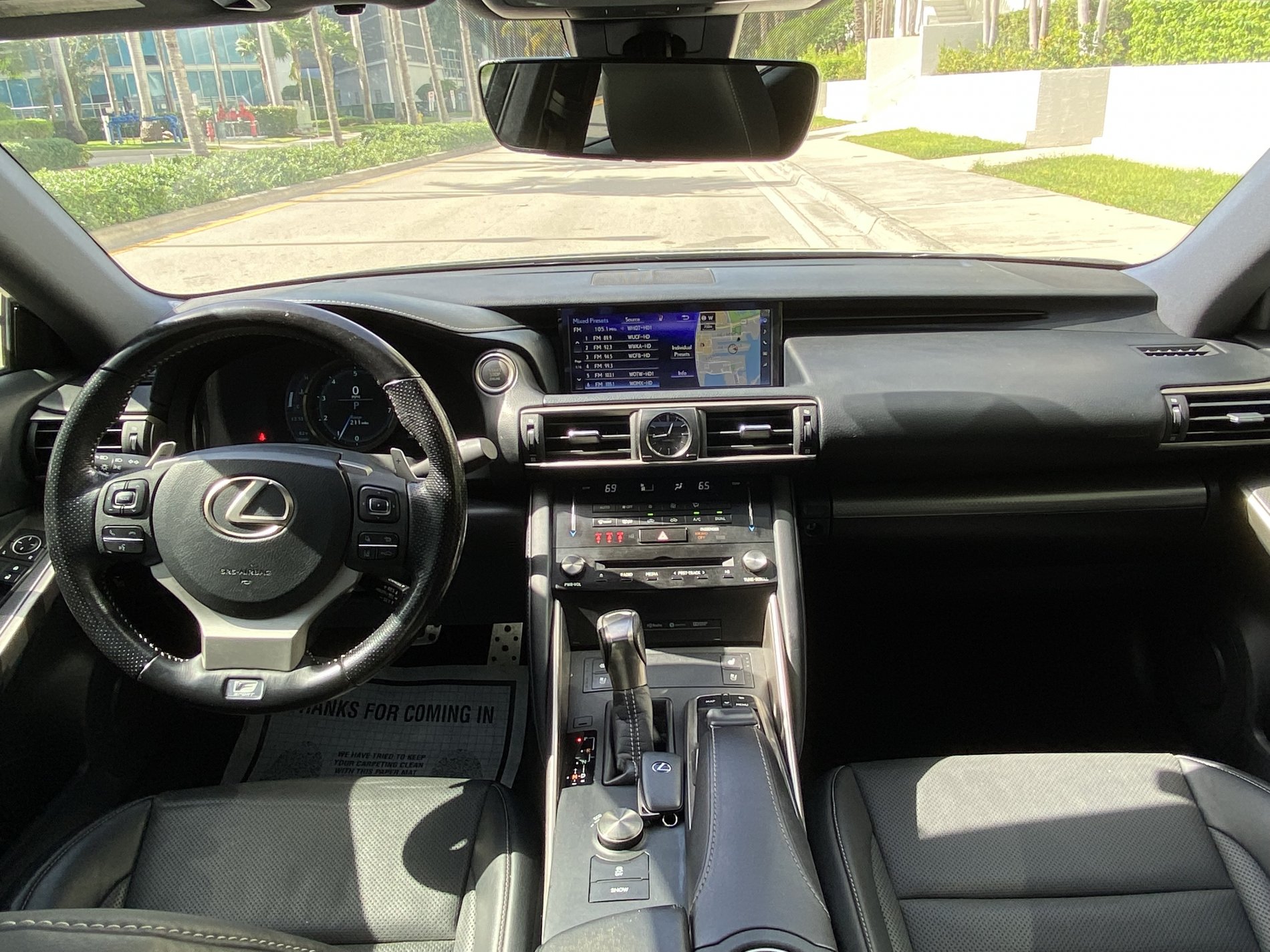 In the upper part of the two-level central torpedo there is a new block of the information and multimedia complex, represented by a 10.3” display instead of a 7-inch one, as well as stylish rectangular air ducts, between which a strict analog clock has been registered. A little lower is the audio system and microclimate control unit, the main “chip” of which was the presence of touch temperature controls, which turned out to be very convenient to use in practice. The dash then flows into a massive central tunnel that houses the gear selector, advanced RTI joystick, and the "Enter" button that confirms the operation of the RTI system.

The front seats are able to give true comfort to their riders, and also have well-perceived lateral support and the widest range of adjustments.

Optionally, the driver's seat can be equipped with a ventilation system and position memory.

The second row of seats, according to passport data, is designed for three passengers, but because of the high transmission tunnel and low ceiling, only two will be really comfortable here. Special attention deserves the presence of the rear armrest and air ducts of the ventilation system.

The trunk volume of the Lexus IS 2017 has not changed and is still the same 480 liters, while in the underground of the luggage compartment there is a stowaway and a small repair kit. If necessary, the second-row seats fold in a ratio of 40 to 60, which allows you to increase the amount of loading space, although the resulting high step significantly complicates the transportation of oversized cargo. 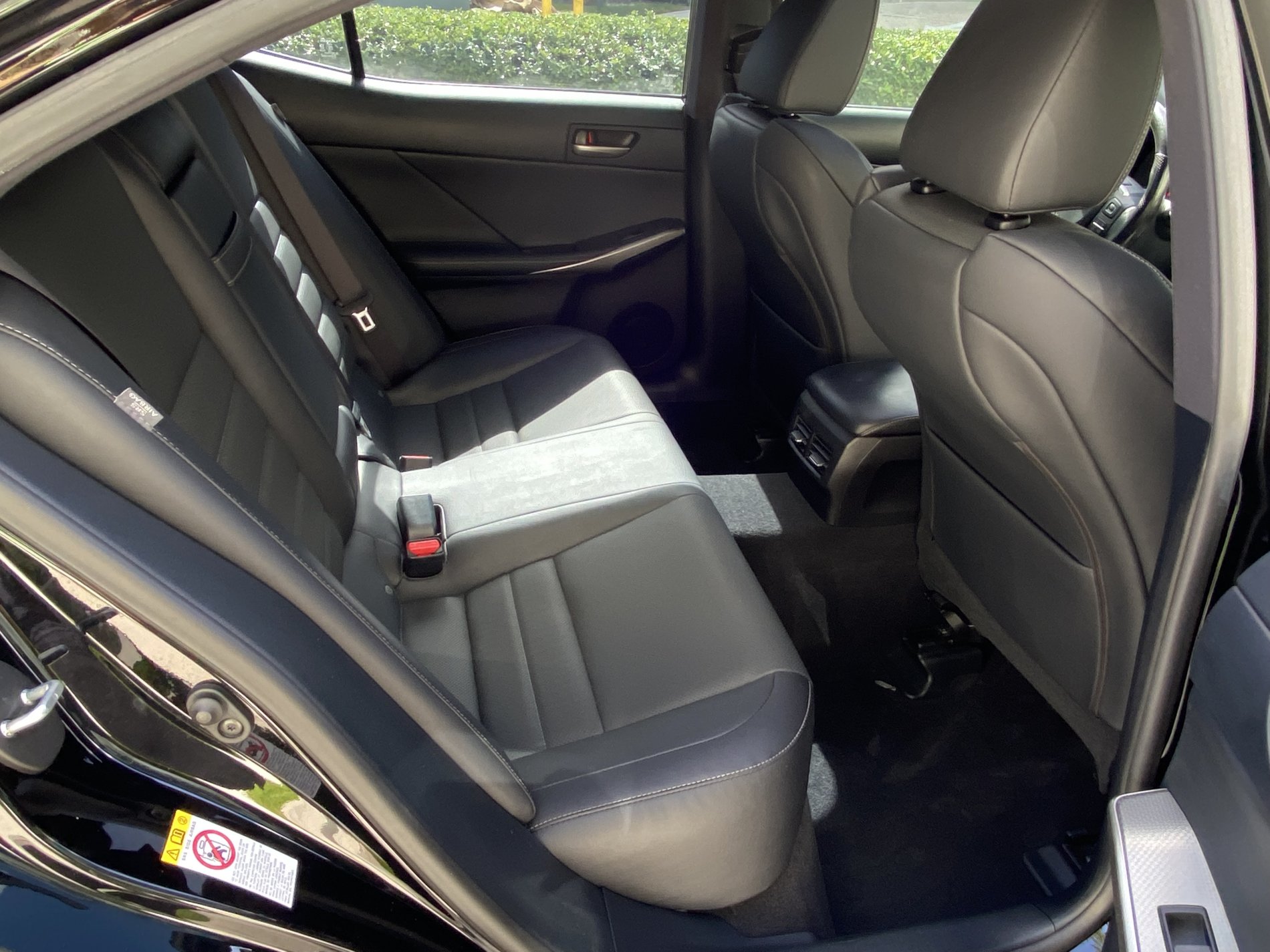 Such a motor is combined with an innovative 8-band automatic transmission, which provides the car with acceleration from 0 to 100 in 7 seconds and allowing to accelerate to a maximum of 230 km/h. According to passport data, the average fuel consumption in the combined cycle is 8.2 l / 100 km, in practice, the consumption varies between 8.5-9 liters per 100 km of track.

GBChoice Company can offer you the representative of this car model. See details here: https://gbchoice.com/buy-car/2017-lexus-turbo