This car was announced in the fall of 2020, and its premiere was supposed to take place a year ago. The event was postponed twice, but now the Maserati Grecale crossover is still declassified. It is named after the wind in the Mediterranean, and in the table of ranks is a step below the Levante model. 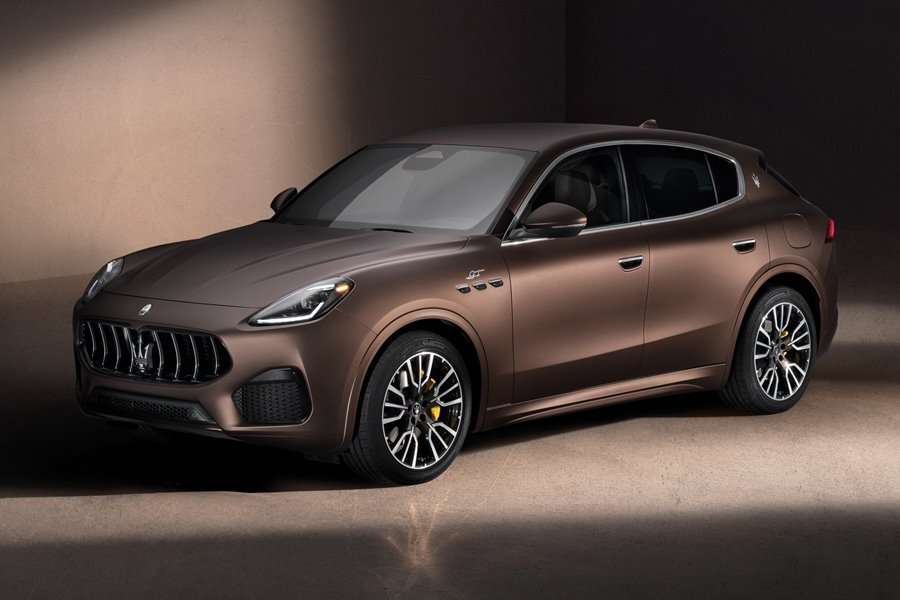 The photo is taken from the site: https://carbuzz.com/cars/maserati/grecale/photos-exterior

However, in reality, Grecale is only slightly more compact than its older brother: the length is 4846 mm versus 5003 mm. In width, the newcomer is inferior to the Levante by only 20 mm (1948 mm for the basic version), and in height - only 9 mm (1670 mm). That is, Grecale is noticeably larger than its main competitor Porsche Macan (4681 mm in length).

Family design elements have been carefully preserved: the oval mouth of the front air intake, the low nose of the hood and the air vents in the front fenders. And the shape of the rear lights, as planned, should be reminiscent of the 1998 Maserati 3200 GT sports car. You can choose from 19", 20" or 21" wheels.

It is based on the Giorgio platform, on which the Alfa Romeo Giulia and Stelvio models are based, but there are important differences. And this is not only a stretched wheelbase: 2901 mm versus 2818 mm for the Stelvio. The Maserati crossover is offered not only with a basic spring suspension, but also as an option - with three-chamber air struts, which give a clearance range of 65 mm.

The original scale includes three versions. All of them have an eight-speed automatic ZF and all-wheel drive with a front axle coupling, and the driveshaft is made of carbon fiber. The base Maserati Grecale GT is a mild hybrid that has a 2.0-litre V4 with a combined supercharger (turbocharger and electric supercharger) and a 48-volt (belt-driven) starter-alternator. Recoil - 300 hp and 450 Nm. Such a crossover can accelerate to “hundreds” in 5.6 seconds, the maximum speed is 240 km/h.

The second version is called Grecale Modena and differs only in increased up to 330 hp. At the top of the range is the Maserati Grecale Trofeo crossover, which can be distinguished by a more aggressive body kit. Under its hood there is a Nettuno series V6 3.0 biturbo engine, which debuted on the Maserati MC20 supercar. Although for the SUV the return is reduced to 530 hp. and 620 Nm. Such a Grecale does not have an electric add-on, but it is regularly equipped with air suspension, and another bonus is an electronically controlled rear differential. Curb weight is 2027 kg, maximum speed is 285 km/h, acceleration to "hundreds" is in 3.8 s.

All versions of the Grecale have a VDCM (Vehicle Dynamic Control Module) driving system that provides Comfort, GT, Sport and Off-Road modes by default. The latter involves an increase in ground clearance by 30 mm for cars with air suspension. The "hot" Grecale Trofeo also has the most extreme Corsa preset with launch control. The selector on the steering wheel is responsible for switching modes.

Interior - with four screens on the front panel. The 12.3-inch passive instrument screen has three display modes (four for the Trofeo version). On the center console there are two touch screens. The top one at 12.3 inches is the Maserati Intelligent Assistant (MIA) media system with the Android OS shell. And the lower 8.8-inch screen is responsible for climate control and other “comfortable” settings.

The clock on the top of the front panel is digital (a first for Maserati): in addition to the usual dial, this screen can display a compass, a chronometer and an acceleration indicator, as well as visualize a voice assistant. In addition, there is a separate 6.5-inch screen in the back row (for the third climate control zone), and for a fee, a head-up display in front of the driver is offered.

For interior decoration, natural leather, wood veneer and carbon fiber are used. Among the options, there is a panoramic roof, an audio system from the Italian company Sonus Faber (14 or 21 speakers), a car park and a second-level autopilot, that is, adaptive cruise control operating at speeds up to 210 km/h. Trunk volume is 535 liters for mild hybrids (with a battery in the rear overhang) and 570 liters for the Trofeo version.

And Grecale will be Maserati's first electric car! True, it will happen only in a year. But the battery version of the Grecale Folgore has already been shown in photographs, and key parameters have been made public. The crossover will have a 400-volt electrical system and a battery with a capacity of 105 kWh, and the torque of the electric motors will reach 800 Nm. 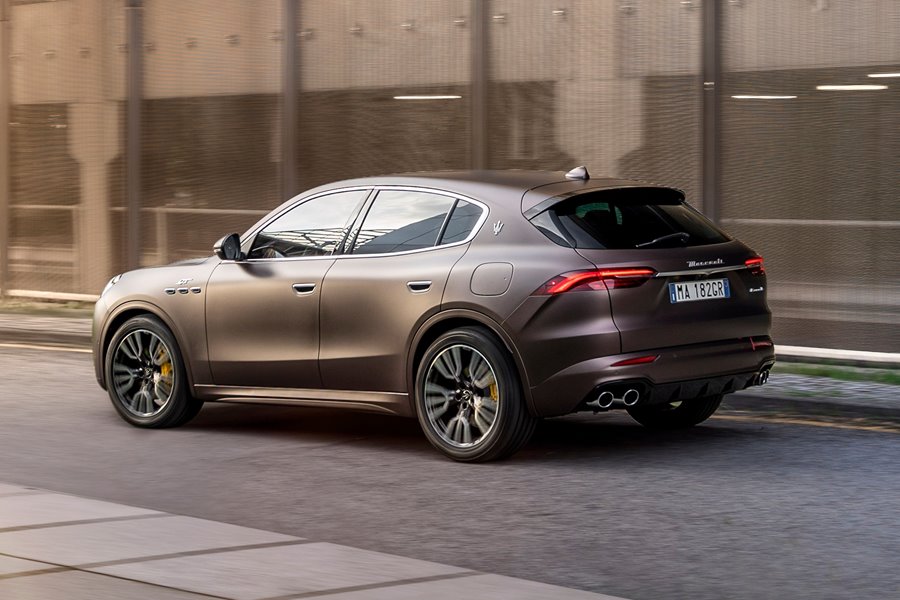 The photo is taken from the site: https://carbuzz.com/cars/maserati/grecale/photos-exterior