The creators of the MERCEDES-BENZ GLS 450 4MATIC compared the novelty with its predecessor, ignoring the direct competitor - the BMW X7. 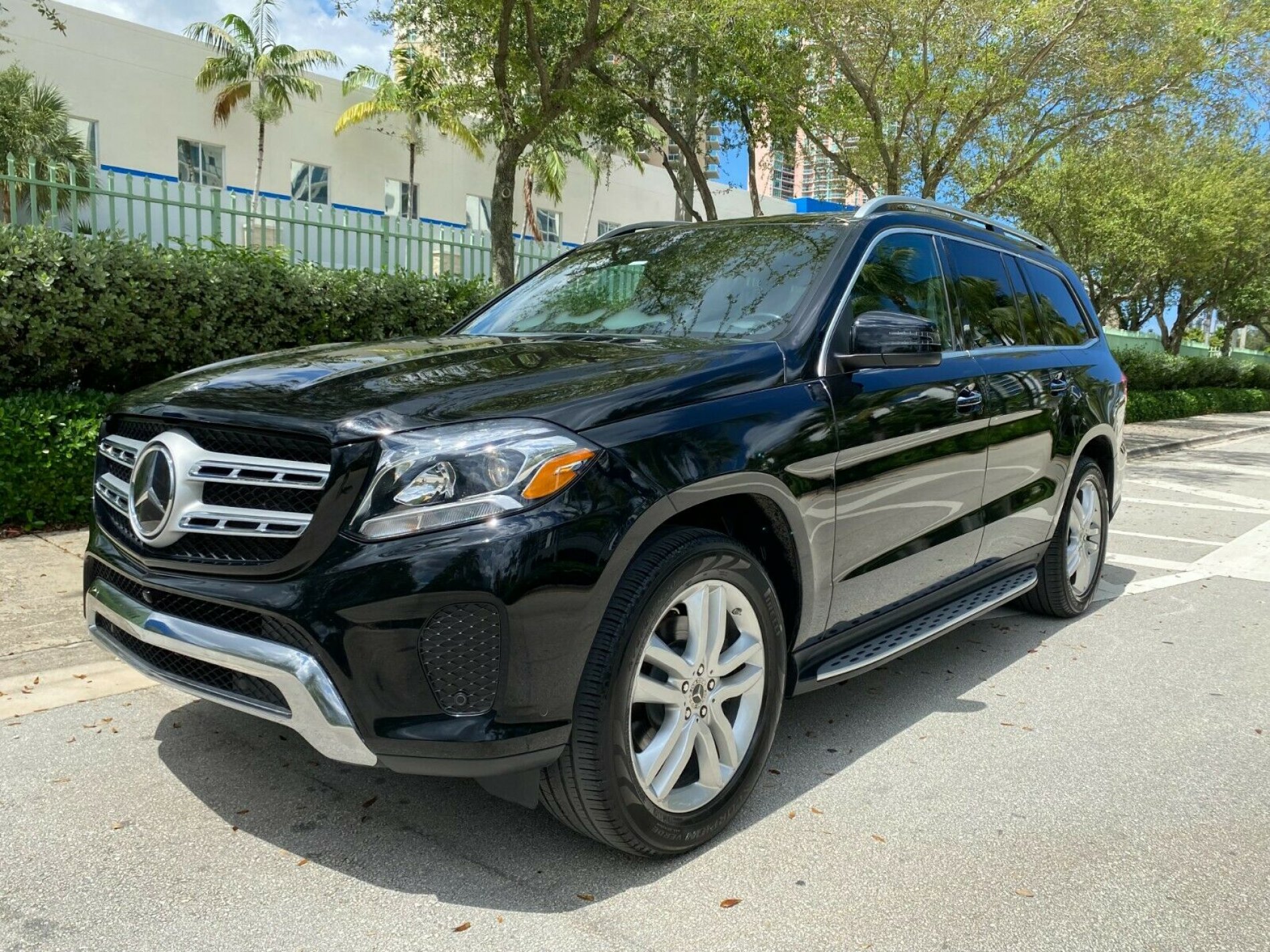 The condescension of Stuttgart residents can be understood: the first Mercedes-Benz GLS appeared back in 2006 and actually formed a class of premium three-row crossovers. In the US, it finds about 30 thousand buyers a year.

The BMX X7 was introduced earlier, so it involuntarily tried to surpass the previous generation of GLS. In terms of length and wheelbase, it succeeded, but in the luxury segment it is customary to measure not only dimensions, but also comfort. The X7 already has an air suspension in the "base", and for an additional fee, steering rear wheels and active stabilizers, virtual devices, five-zone climate control and many electronic assistants are available. 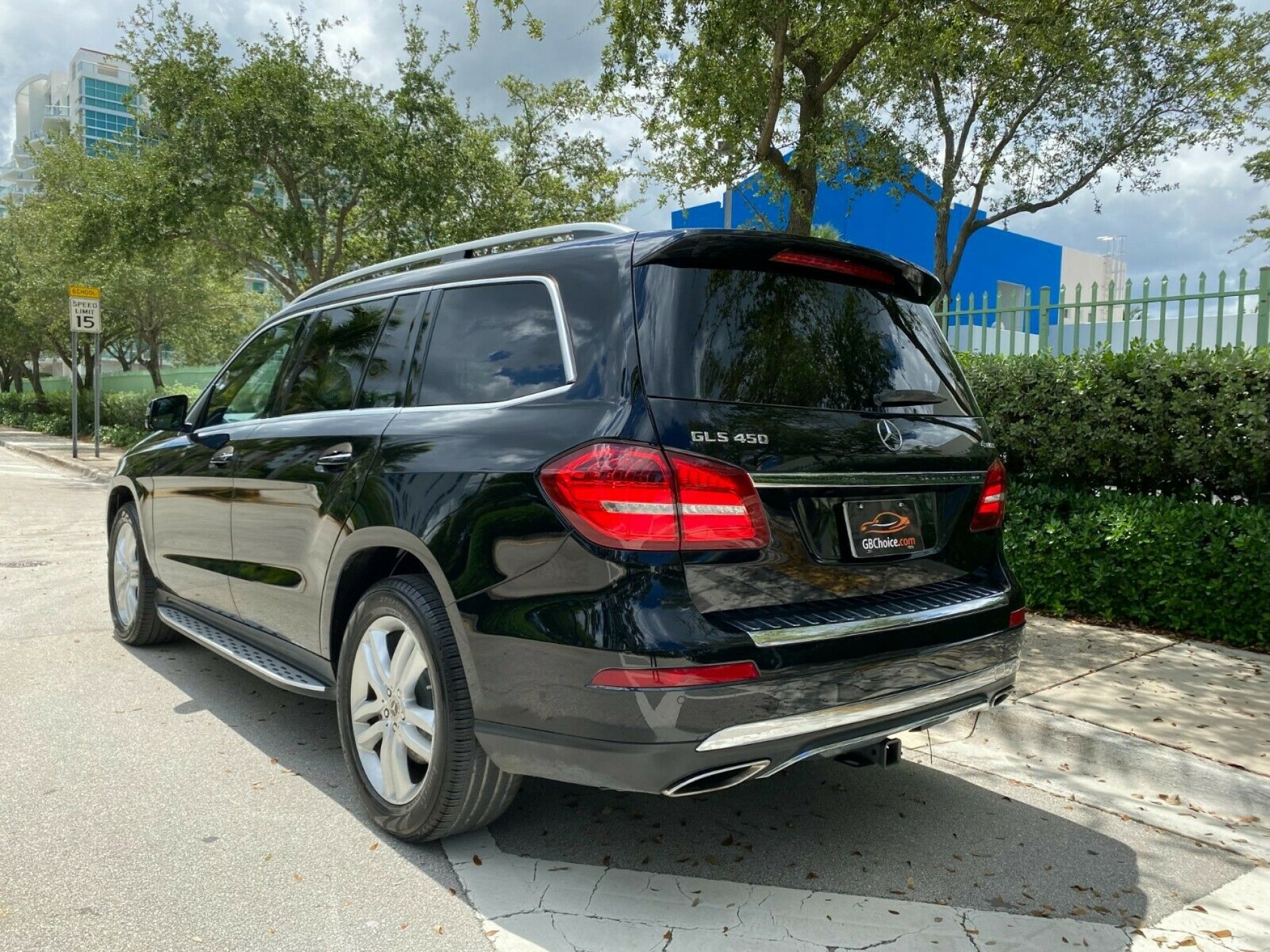 Another starting point for the new GLS is its younger brother GLE, with which it shares not only a common platform, but also half of the interior, the design of the front part of the exterior, with the exception, perhaps, of the bumpers, and most importantly - the innovative E-Active Body Control suspension, which the Bavarian competitor does not have.

The list of standard GLS equipment includes Multibeam matrix headlights, each of which consists of 112 LEDs, dual-zone climate control, MBUX media system, seven heated seats, a rear-view camera and 21-inch wheels. For an additional fee, an entertainment system is available for second-row passengers (two 11.6-inch screens with Internet access), a seven-inch tablet in the central armrest of the second row to control all service functions, as well as a five-zone climate control, which until now only the X7 had. However, the passengers of the third row in the Mercedes for an unknown reason are deprived of the privilege to control their climate.

The GLS is based on the modular platform MHA (Mercedes High Architecture), on which the GLE is also based. The front part of the crossovers is common, and the salons are almost identical. In the cabin, traditional and high-quality finishing materials are successfully combined with high-tech monitors and virtual dashboards. 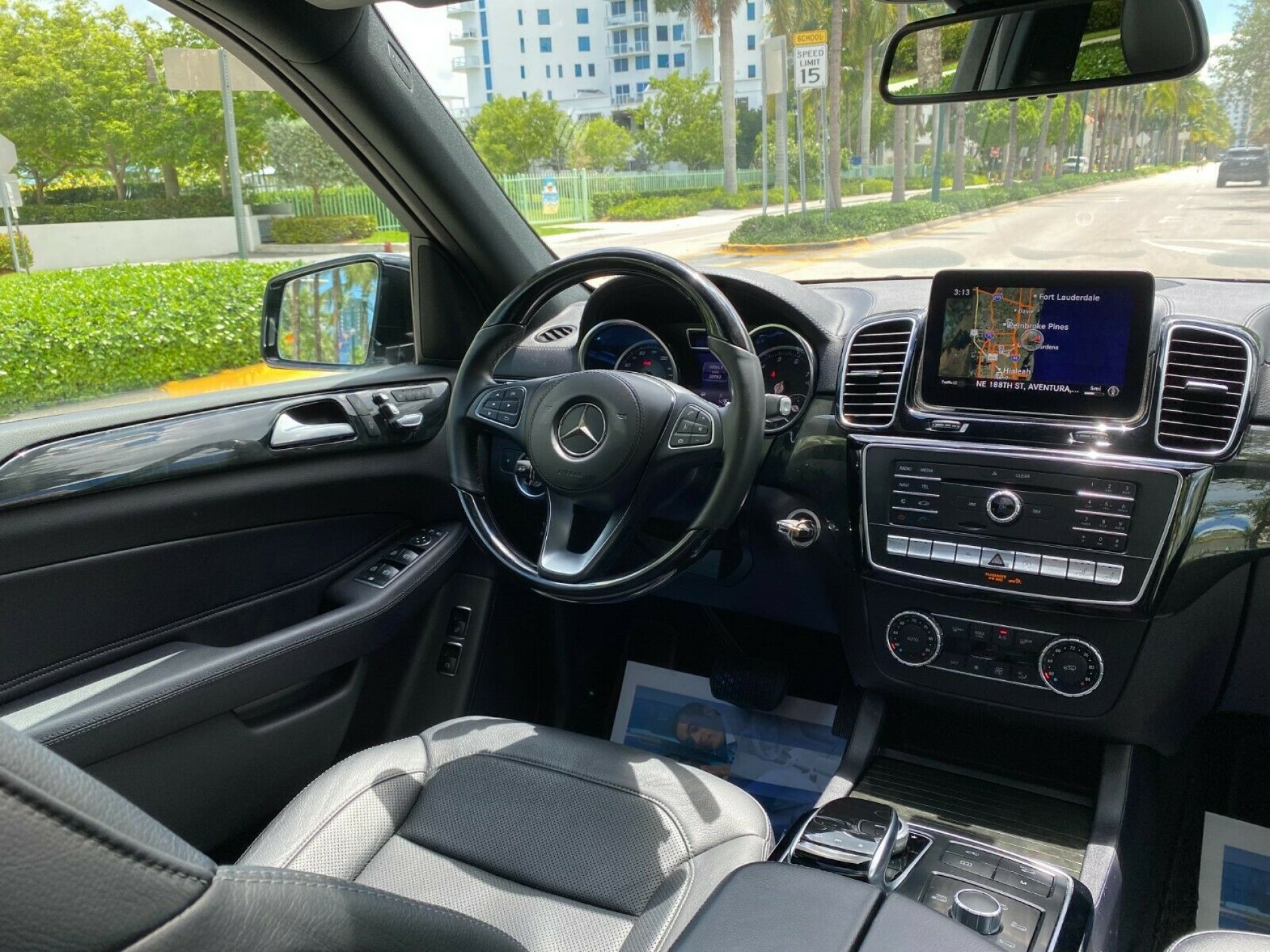 At first acquaintance with the GLE, the new interior raised questions, but now the interior of the new GLS seems almost perfect. What are only the reference virtual devices and the entire interface of the MBUX system as a whole worth, especially if it is compared with the controversial design and non-alternative X5/X7 devices.

The advantages of the system include the "augmented reality" function for the navigation system, which draws the arrows of the turn indicators directly on top of the image from the video camera. You can't miss at a difficult junction.

Everything is for the convenience of passengers. In particular, the maximum distance between the first and second rows has been increased by 87 mm, which is very noticeable. The second row can be made in the form of a triple sofa or a pair of separate armchairs. Thin armrests do not spoil luxury comfort, but they are regulated by screw washers from below. The proprietary seat adjustment control system on the doors allows you to adjust the seat for yourself, including the height of the headrest.

The full-size sofa of the second row gives even more comfort. The full-fledged central armrest has a separate built-in Android tablet, on which the MBUX application is literally launched — it helps to interact with the car's systems. The tablet can be taken out and used as a regular gadget. You can also order two separate monitors installed on the front seats. Everything is like in S-Class. 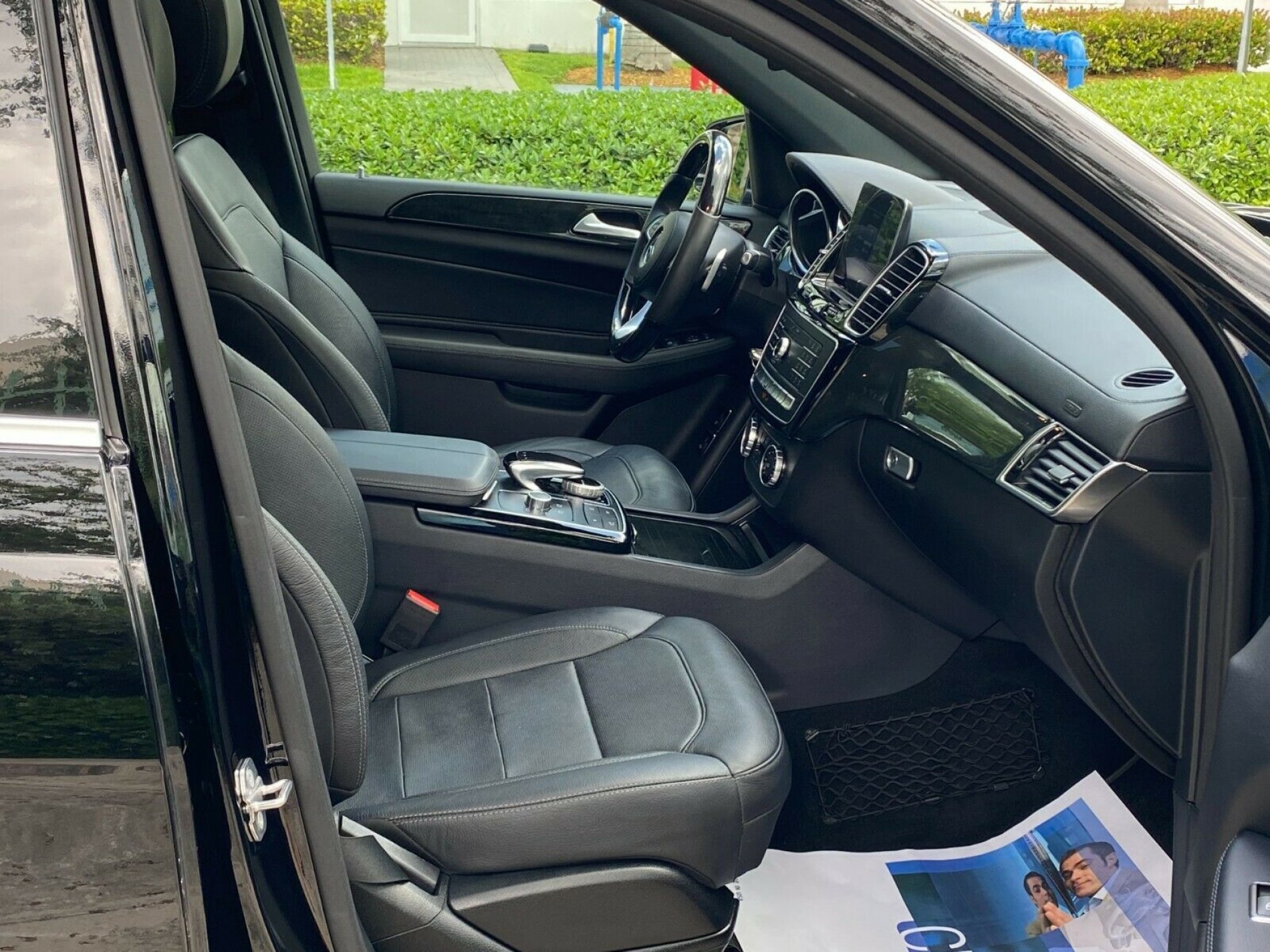 As for the appearance, the GLS has become less aggressive, which at first glance may seem like a step back. According to the first published photos, GLS seemed to be asexual. Such a unisex is explained by the fact that in the main US market, a woman is highly likely to be driving this car. 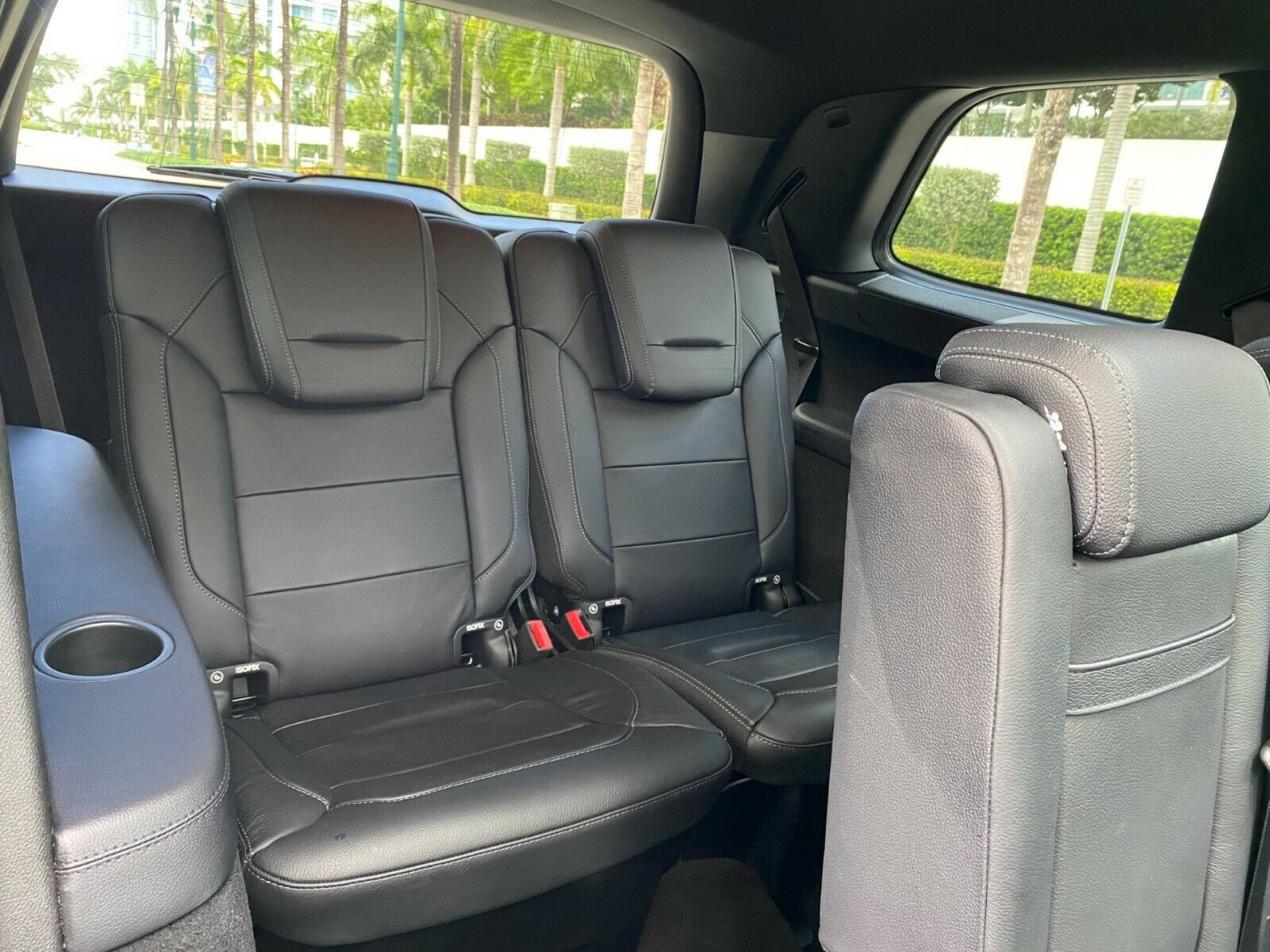 Unlike the GLE, the older brother has an Airmatic air suspension already in the "base". In addition, Mercedes also offers a hydropneumatic suspension E-Active Body Control, which consists of hydraulic accumulators installed on each rack, and powerful servos that constantly adjust the degree of compression and rebound.

GBChoice Company can offer you one of the representatives of this car. Visit our web-site for more information: https://gbchoice.com/buy-car/2018-mercedes-benz-gls-450-4matic