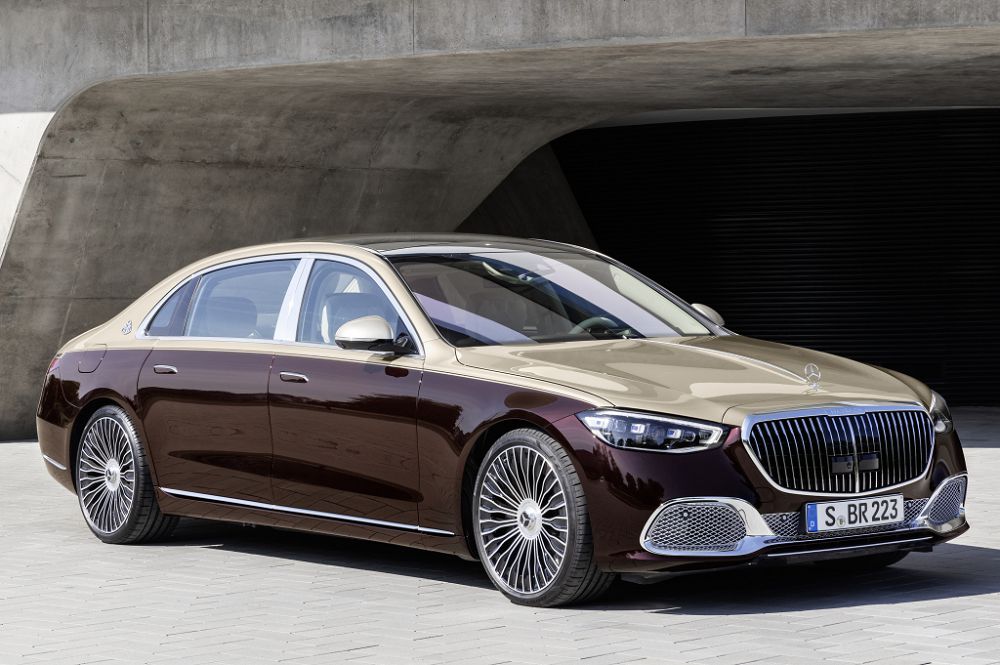 The photo is taken from the site: https://mycityauto.com/mercedes-maybach-2021/

Luxury sedan Mercedes-Maybach S-Class 2021has been recently presented. The characteristics of the car, equipment, parameters and a list of modern security systems are named. Just one word “Maybach” is enough to immediately recall luxury cars of premium class, the most modern safety and comfort systems, as well as the most modern interior design. So, recently, Mercedes-Maybach S-Class with the index Z223 has been presented, which, in fact, is a modified Mercedes-Benz S-Class W223. The first external difference is a different radiator grille with the company logo on the top.

The side of the new Mercedes-Maybach features branded wheels that cannot be confused with other options. Depending on the customer's wishes, the discs can be 19", 20" or 21". In the basic configuration, pull-out handles are already installed, which also looks luxurious (for Mercedes S-Class, pull-out handles are available as an option). The main difference and probably the most noticeable one is the two-tone body paint, which always differs the Maybach from other cars. But the most basic highlight is hidden in the rear doors, which are now electric. According to available data, they can be operated by both passengers and the driver without leaving the car.

Compared to the regular Mercedes-Benz W223, the wheelbase of the new Maybach Z223 has grown by 180 mm and now stands at 3396 mm. However, the length of the luxury sedan has not changed much, now it is from 5453 mm to 5469 mm. No less attention is drawn to the modern optics of Digital Light, which is offered in Maybach as an option. Their peculiarity is that they can draw on the road surface for the driver all sorts of hints. According to the manufacturer, in each headlight, engineers hid 1.3 million micro-mirrors, which, paired with three powerful LEDs, can direct it to the specified location.

Drastic changes occurred in the interior of the Mercedes-Maybach S-Class. All complete sets without exceptions will now be made with a double, separate second row of seats. Three-seat modifications of the second row were excluded from production. The buyer can now choose the functionality and configuration of the second-row seats or even order them to suit their taste. The back of the second row seats can be tilted in the range of 19-43. 5 degrees relative to the vertical position. 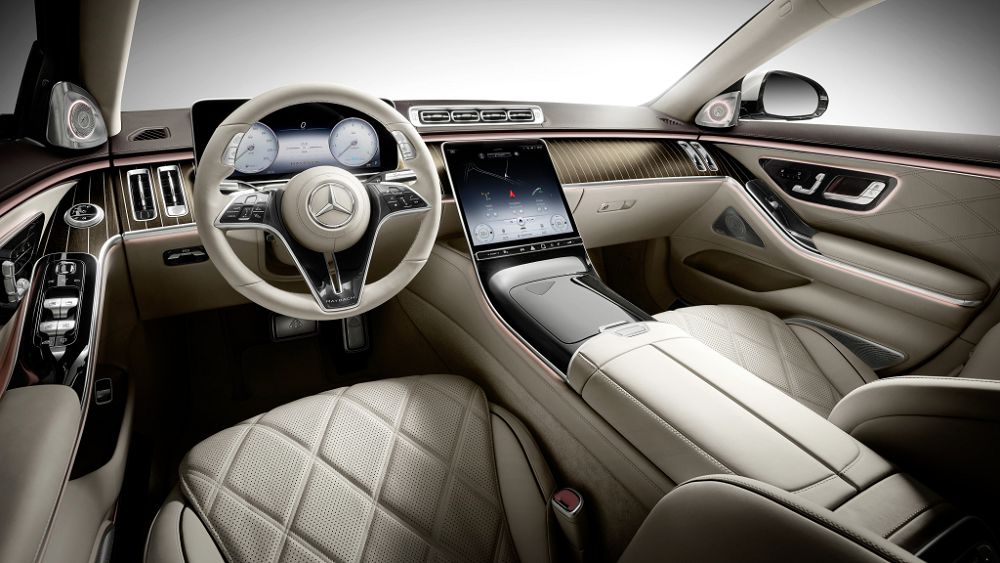 The photo is taken from the site: https://mycityauto.com/mercedes-maybach-2021/

With luxurious improvements in terms of seats, you can note the heating of the neck, shoulders, as well as a footrest with a built-in massage function. The telescopic seat belt feed function, which was previously tested on top-end convertibles and coupes of Mercedes-Benz, fits very well here. As for the divider between the rear seats, it is possible to integrate a refrigerator, various types of control panels and other various elements at the request of the buyer.

Taking into account the complete set of safety belts and airbags, a total of 18 airbags are installed along the perimeter of the interior of the Mercedes-Maybach S-Class Z223. As in the conventional S-Class, at the moment of a side collision, the system automatically lifts the car, thereby softening the impact force on the lower part, where the metal is significantly thicker.

According to the standard, the new Maybach is based on air suspension, for a separate surcharge, the buyer is offered E-Active Body Control (hydropneumatic suspension), as well as a full-control chassis, where the rear wheels also turn. In the future, it is planned to install an autopilot system for driving on the highway (DP – Drive Pilot).