An Old Believer among jeeps. What kind of beast is a fresh framed Ford Bronco?

An Old Believer among jeeps. What kind of beast is a fresh framed Ford Bronco?

Nowadays, most brands compete in who will make the most useless (off-road) SUV. Can the appearance of a new framed SUV aimed at the most hardcore off-road cause a stir? Ford Bronco proves: it can. 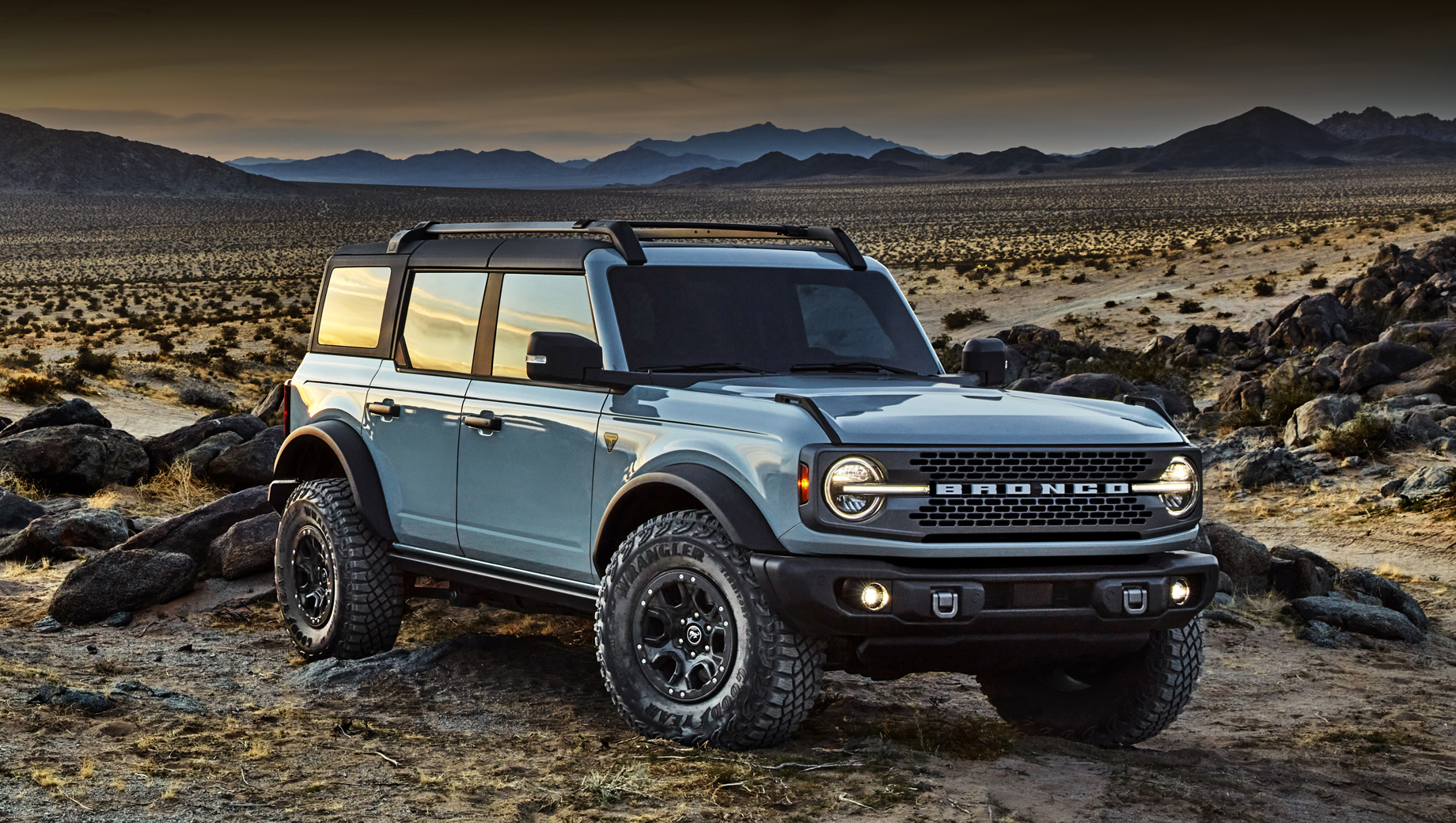 The photo is taken from the site: https://www.formacar.com/ru/news/view/30273.html

There is a queue for these cars until next year, and if you are lucky enough to find a free copy at a dealer, then most likely it will be an expensive "Christmas tree" with a bunch of extras. This will not surprise us, but now we are talking about the situation that has developed around Bronco in the United States. When Ford started collecting pre-orders last year, the company's website collapsed from the influx of applicants. The number of completed applications quickly exceeded 200,000. Two-thirds of them have already turned into real contracts for the supply of cars. But so far - only contracts. Customers are waiting, the manufacturer cannot cope. The first ordered copies began to arrive to customers in June, but most will have to wait for 2022. The American media already uses the term "broncomania".

And after all, we are not looking at a fashionable electric car, or even a hybrid, but a car created according to the canons of the last century. The release of electrified Bronco may be planned, but so far the Ford team has not confirmed this. Now everything is classic. No one even boasts of moderate fuel consumption, and, in fact, there is nothing to brag about: the version with the older engine consumes an average of 14 liters per 100 km.

Recall that Ford produced SUVs under the name Bronco from 1965 to 1996. At first it was a compact "three-door", then-a large "three-door" car. At the end of the century, it turned out to be unclaimed, and the brand made a bet on huge five-door Ford Expedition and Excursion. Now we have a new "approach to the projectile". The current Bronco of the sixth generation is a medium-sized "three-door" and "five-door" on the platform from the Ford Ranger pickup truck. By the way, do not confuse this SUV with the Bronco Sport crossover, which went into production at the end of last year. They are united only by common stylistic solutions.

The fresh Bronco is based on a frame, at the back there is an uncut bridge on springs and five levers with Panar traction, at the front there is a spring suspension on double triangular levers. The presence of an independent suspension in the front is the main significant difference from the Wrangler, which continues to use two continuous axles.

The photo is taken from the site: https://www.formacar.com/ru/news/view/30273.html

The basic Bronco has a Dana 44 free differential in the rear axle, and a Dana Advantek in the front. For an additional fee, an electronically controlled Spicer Performa-Track lock appears in both differentials. The Ford Ranger inherited the basic 2.3-liter "turbocharger", developing 275-300 hp, depending on the type of fuel used. It is permissible to fill gasoline with an octane number of 87 (Regular according to the American classification) — you will get less power, and with an octane number of 92-93 (Premium gasoline), the engine develops its full power. The torque reaches 428-442 Nm.

Although we have the SUV created according to old-school recipes, the car has received a couple of interesting technical features that give the driver new opportunities off-road. Cameras that allow you to maneuver very accurately in a limited space will not surprise anyone today. But the mode for a "power turn", called Trail Turn Assist, is something fresh. When turning, the inner rear wheel is blocked, the main thrust goes to the outer wheels and the car turns almost at one point (in fact, the turning radius is reduced by 40%). It is worth noting that this works best on loose surfaces.