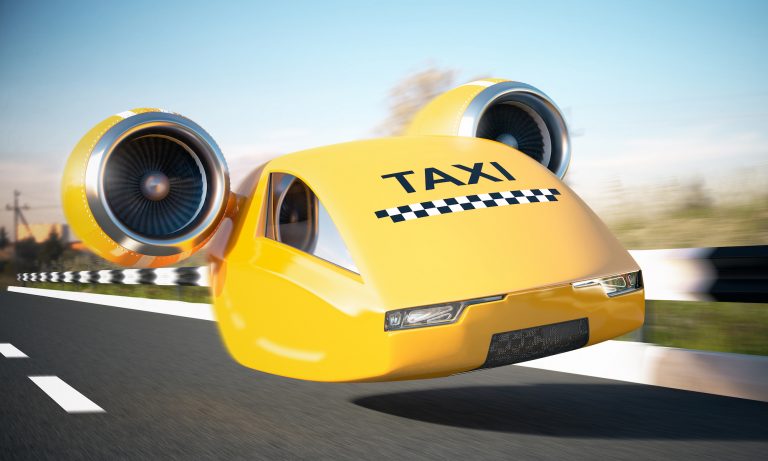 The photo is taken from the site: https://caradvise.com/blog/2019/08/16/how-close-are-we-to-developing-the-worlds-first-flying-car/

The concept of air taxis has long been exciting the minds of both development engineers and potential customers. Though, the authors of such ideas draw too ambitious plans for their creation and implementation, because sometimes you can hear that cars will take to the sky in a couple of years. However, in fact, before their promising projects can really be implemented, engineers need to solve a number of tasks in order to clearly define and develop the necessary technologies, control systems, and banal traffic regulations.

The appearance of dozens of air taxi concepts is considered by a number of experts to be an excellent platform for changes within the industry itself, which, apparently, has been increasingly plunging into stagnation in recent years. In particular, this opinion is shared by Rene Landry, an aviation systems researcher at ETS, Technical University of Montreal: "It's time to rethink aviation. The avionics we use now is based on a common architecture that was developed during World War II. Equipment, for example, is duplicated for redundancy, huge and inefficient cables are used. A lot of innovations could be introduced here."

It goes without saying that at the beginning flying taxis will be lifted into the air by human pilots. And although self-managed systems are currently already at the stage of active development, however, their real implementation is still far away. So far, the main task of engineers on this issue remains the modernization of existing unmanned systems, which, for example, are used in military drones. Experts see the main obstacle to the creation of certified, safe versions of control systems for air taxi passengers, the so-called "lack of imagination" on the part of the system. So far, it is not capable of the judgments necessary for successful work in non-standard conditions.

Almost all air taxi developers are unanimous in the opinion that the best option for such flying cars will be the widespread use of electric traction. Among the advantages of the latter in comparison with internal combustion engines, they distinguish simplicity of design, higher reliability and ease of operation. Currently, the lack of technologies to create such batteries, which would allow, for example, regional aircraft to travel several hundred kilometers per flight, is on the way to implementing such concepts. So far, potential air taxis can only operate within one locality, and even then, this is possible only if high-speed charging technologies are ready.

Any technology, no matter how innovative it was, will inevitably encounter such a concept as a market. Accordingly, no matter how effective and ambitious this or that concept of an air taxi is considered, if it is unprofitable, no one will simply undertake to finance it. To date, developers face many challenges in this regard, because they need a whole set of elements to create their air taxis, and most of them are modern and high-tech, which means they have unique requirements for the production process.

These are, for example, composites and alloys for housings, individual components and systems, and, of course, batteries and motors. In addition, the production of such complex structures requires highly qualified specialists, in which there is always a shortage. Therefore, although the production of flying machines on an industrial scale will begin one day, but it will not be in one decade.

Air taxis are, first of all, flying machines. And the noise that the same planes or helicopters make, to put it mildly, is rather big. And in the conditions of operation in an urban environment, this issue grows into a big problem at all. The main problem the engineers see in the task of creating such blades and turbines that would work quieter, but at the same time they would drive through the same volume of air necessary to create the proper level of lift. And for such technologies, innovative solutions are required, which either do not exist yet, or they themselves are at the development stage. Therefore, a truly silent air taxi will become not in five years, and even not in ten.