2021 Kia K5 midsize sedan is finally here, officially leaving the Optima name in the US market. Taking on the name that has been used in the global market for many years, this car has not only received a new badge, but also a whole host of new technologies. 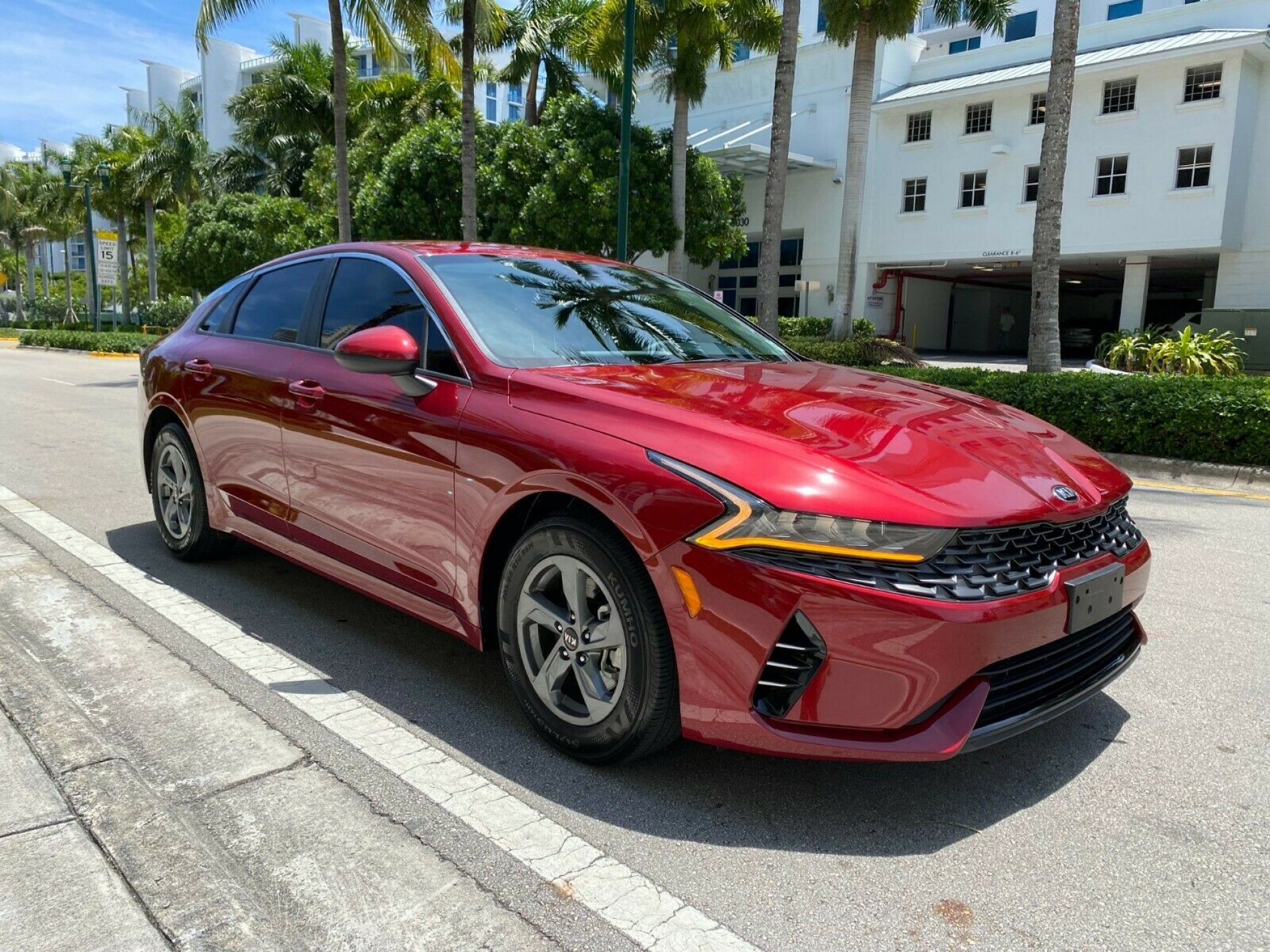 In terms of looks, the K5 is not much different from the Optima it is supposed to replace. The grille has become wider, which allows it to penetrate deeper into the headlights. An air intake is installed at the bottom of the front bumper, which makes the car look like it is smiling. The leading edge of the bonnet has a contour that extends all the way to the grille, a very interesting solution that hides the unattractive gap between the hood and the front panel found on most modern mid-range sedans. The new LED daytime running lights feature a "heartbeat" function. There are some similarities to the 1999 Mitsubishi Galant in the front of the head optics, but given the sedan's great styling, it's pretty good. 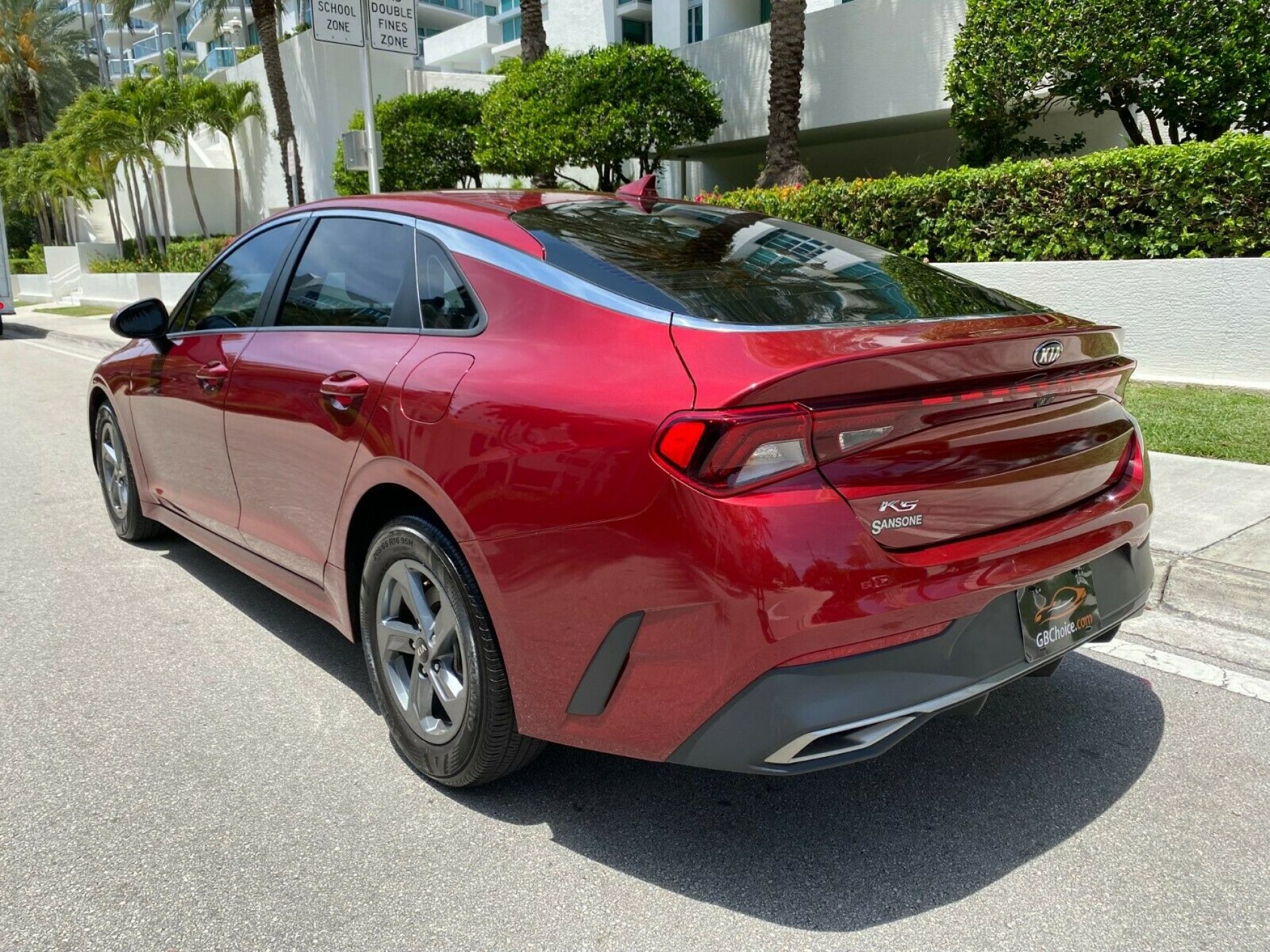 Immediately behind the front end, there is an upwardly sloping sideline with a rather powerful protrusion that stretches from the front wheel arch and continues to the taillights. The ascending line along the panels is quite clear, and there is also an unusual chrome strip that the car inherited from its Optima predecessor. This makes the K5 look much more aggressive. For the most part, the model's profile is free from foreign surfaces, and together with the sharp appearance of this car, the model becomes a bit like a shark.

The rear of the car is not as well built as the front, with LED stripes that take up the surface of the headlight that stretches the full width of the car. There are two fake exhaust deflectors in the corners of the rear bumper. 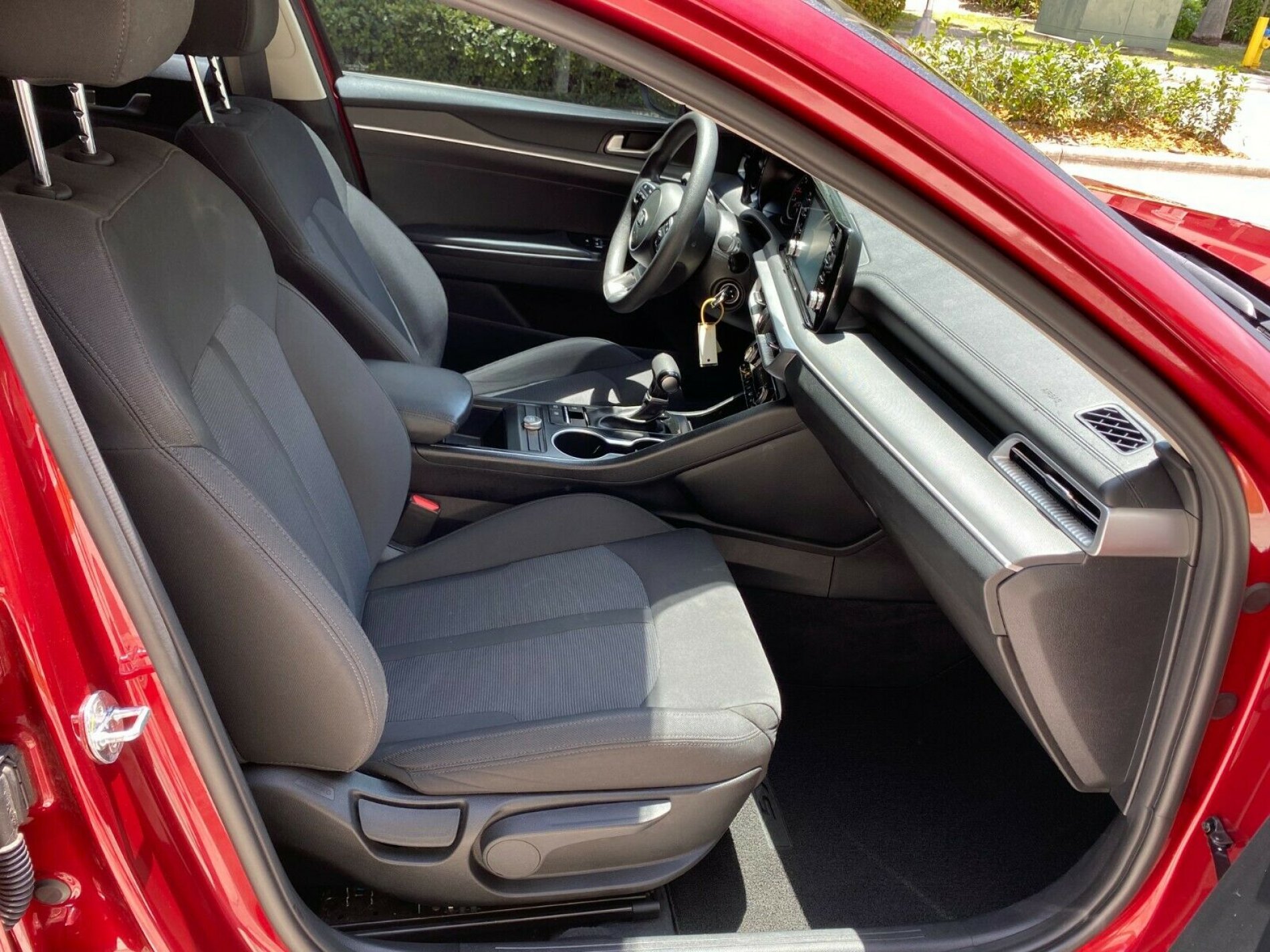 The interior of the new K5 looks as sporty as it looks outside thanks to the flat-bottomed steering wheel on the GT-Line and GT trims. The atmosphere is also supported by a conventional gear selector, which is quite impressive in size. By the way, according to the manufacturers, during the development of the selector, they were inspired by the control of the aircraft. The infotainment screen fits neatly into the driver-facing dashboard. The company also promised unusual styling features, including red leatherette, metallic trim, contrasting stitching and woodgrain accents on the dashboard (of course, depending on the configuration). 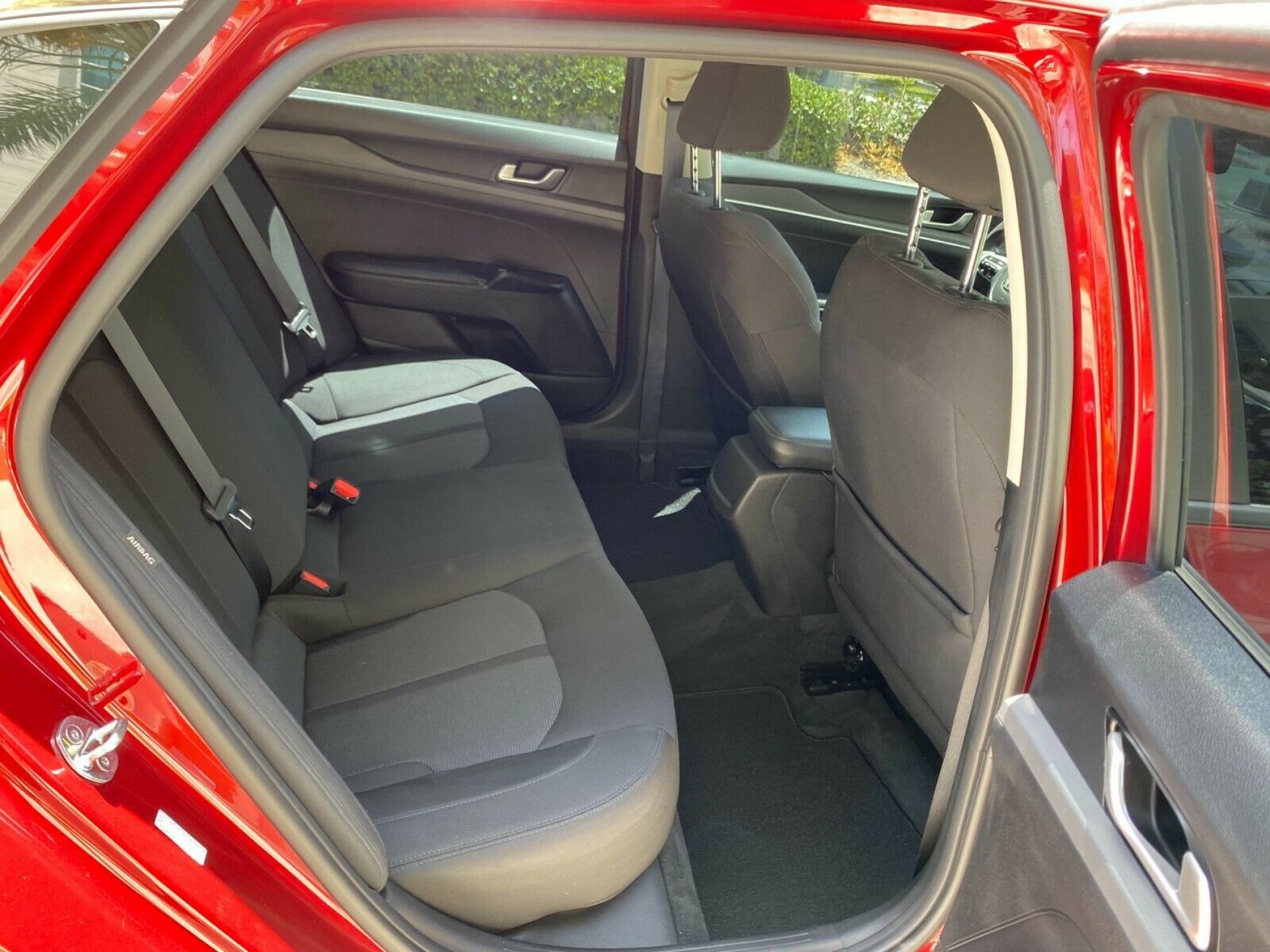 The KIA K5 engines are the most interesting, as the model can be equipped with a range of turbocharged powertrains. The first engine will be a 1.6-liter inline-four that delivers 180 horsepower and 264 Nm of peak torque. Paired with an eight-speed automatic transmission, this powertrain will be standard on all trim levels except the GT version.

Those buyers who want more power from a midsize sedan are encouraged to purchase the GT version. Under the hood of this car in the standard version, a 2.5-liter four-cylinder engine with a turbine will be installed. Since its maximum power is 290 horsepower and peak torque is 422 Nm, this car should be more exciting to drive than its brethren.

There is also no information as to whether a K5 Hybrid version will be released. 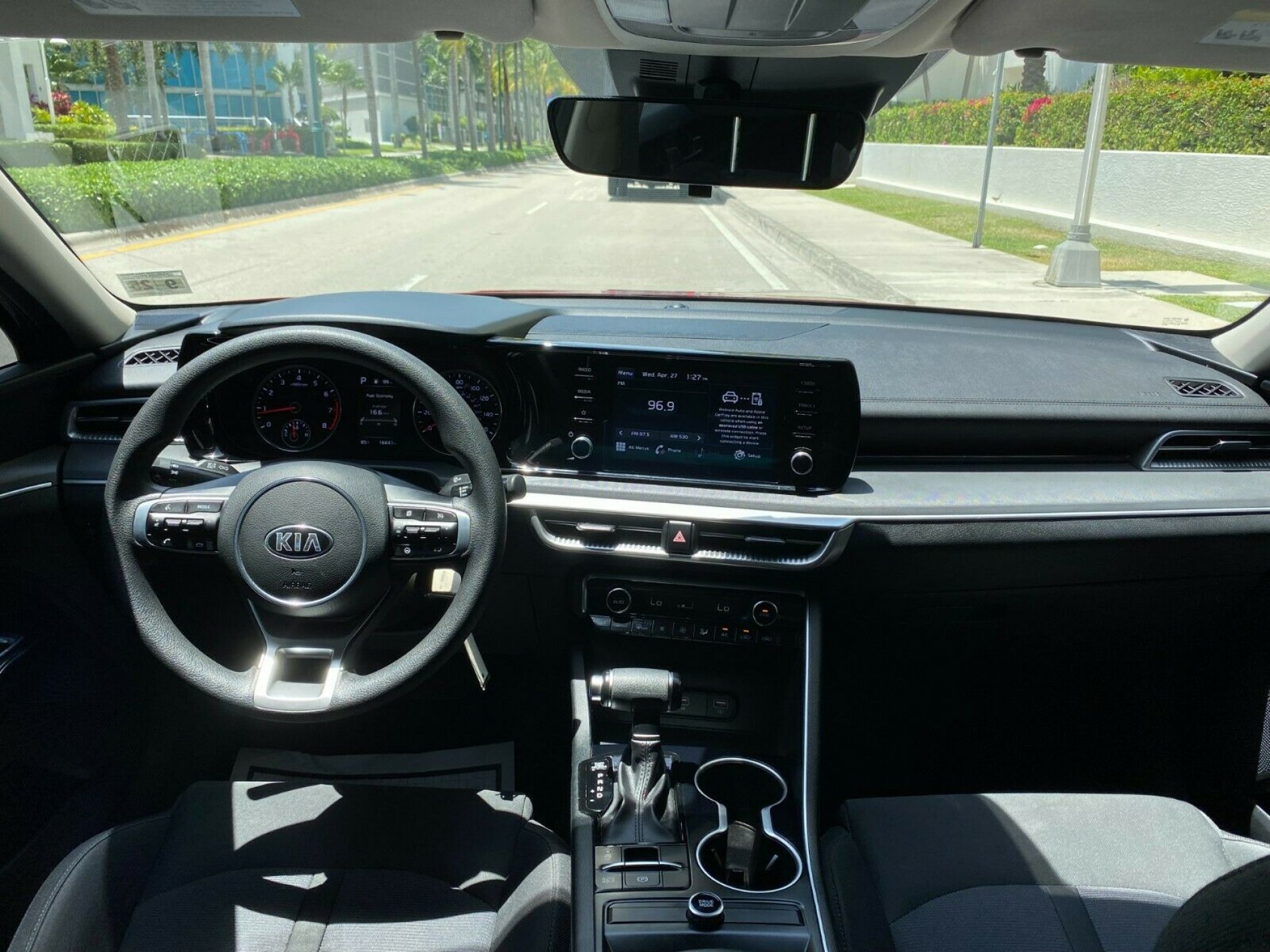 GBChoice Company can offer you one of the representatives of this car model. See details here: https://gbchoice.com/buy-car/2021-kia-k5-lx