The new Golf of the 8th generation debuted at the end of 2019, but then only the classic versions of the hatchback were presented. Now, the family is preparing to enter three "charged" versions at once - a gasoline Golf GTI, a diesel Golf GTD and a hybrid Golf GTE.

The price of the Volkswagen Golf GTI is set at 38 thousand euros. 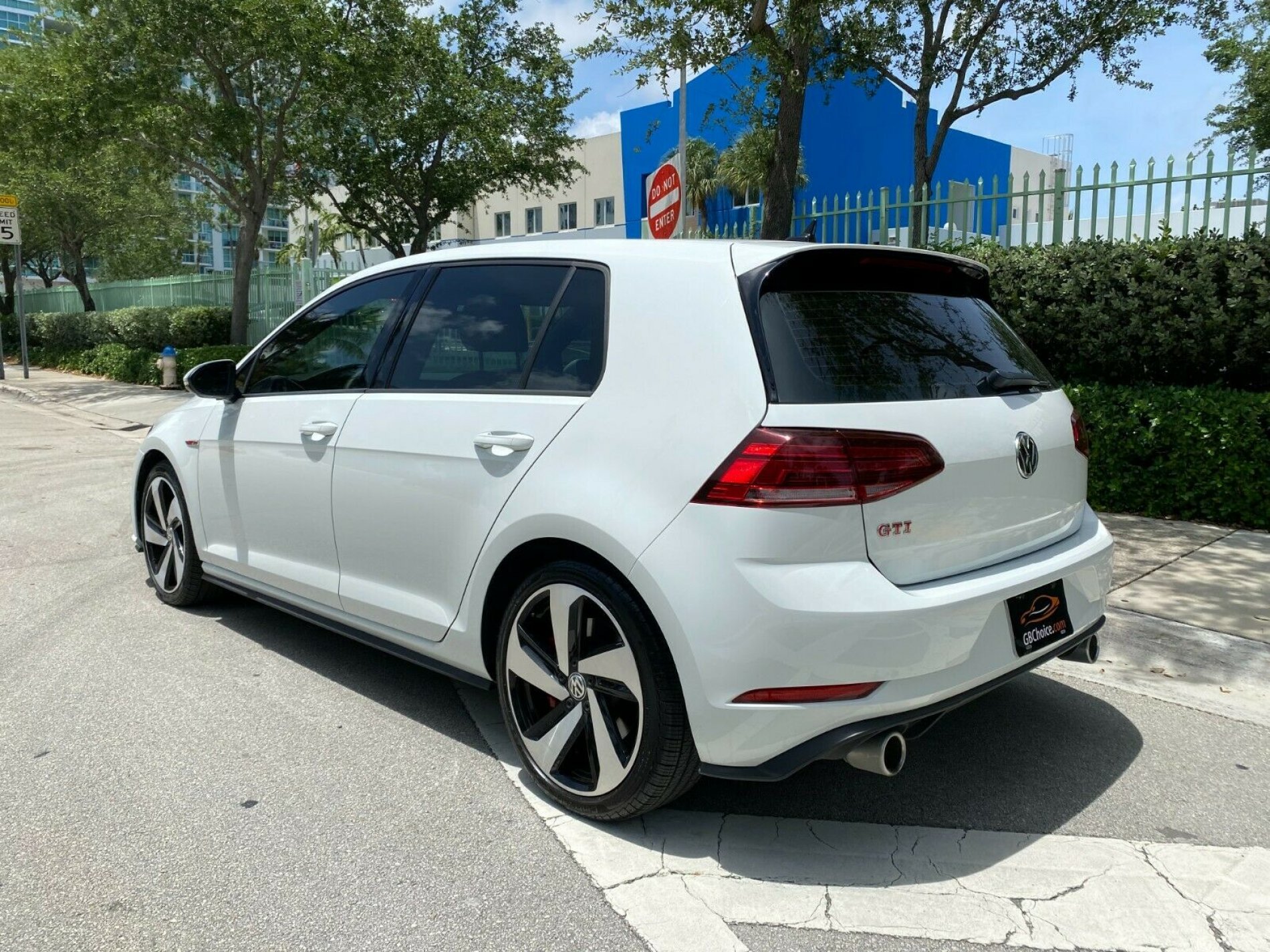 All three have a similar body design, emphasizing the sporty character of the five-fours. At the front, a wide air intake, covered with a mesh with cells in the form of honeycombs, is the key element. Five hexagons on the right and left sides are reserved for fog lamps, made in the shape of the letter X. Another feature of the new Golf variations is the thin LED strip between the head lights. Above, it is a colored stripe with a red (GTI), blue (GTE) or silver (GTD) color.

Also, each of the three new varieties of Golf stands out with black side skirts in the threshold area. Well, the size of the wheels varies from 17 to 19 inches.

The interior of the sports hatchback modifications is notable for the specific checkered upholstery of the Scalepaper seats with different color accents. So, the Golf GTI decor is red, the Golf GTD – gray, the Golf GTE – blue. In the arsenal of models, there are a multifunctional steering wheel with a "plump" rim, a gearshift lever in the shape of a golf ball (for versions with "mechanics"), a digital cockpit with two 10-inch screens, climate control, an engine start button (pulsates red after pressing), a background light with 30 customizable shades. 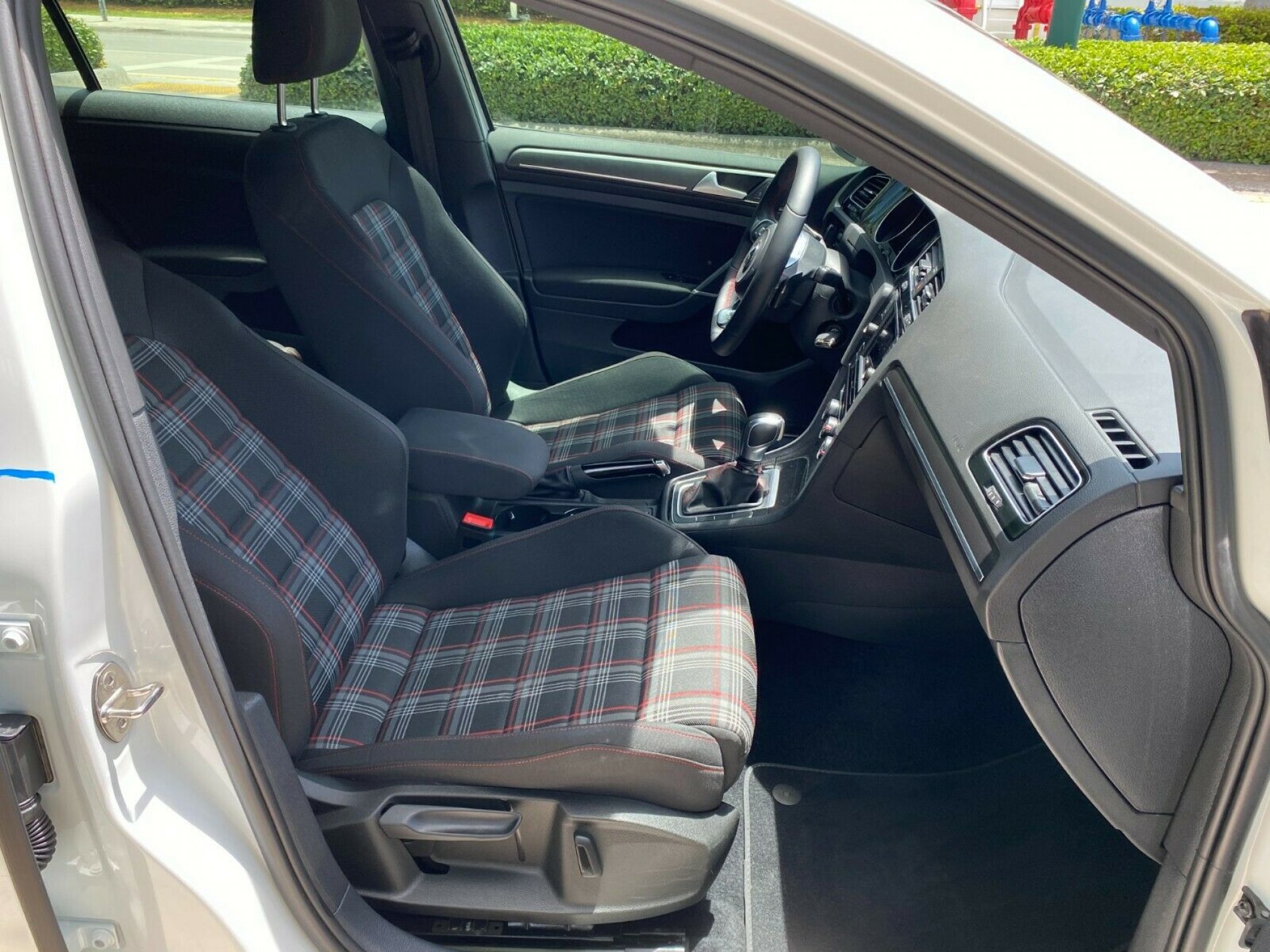 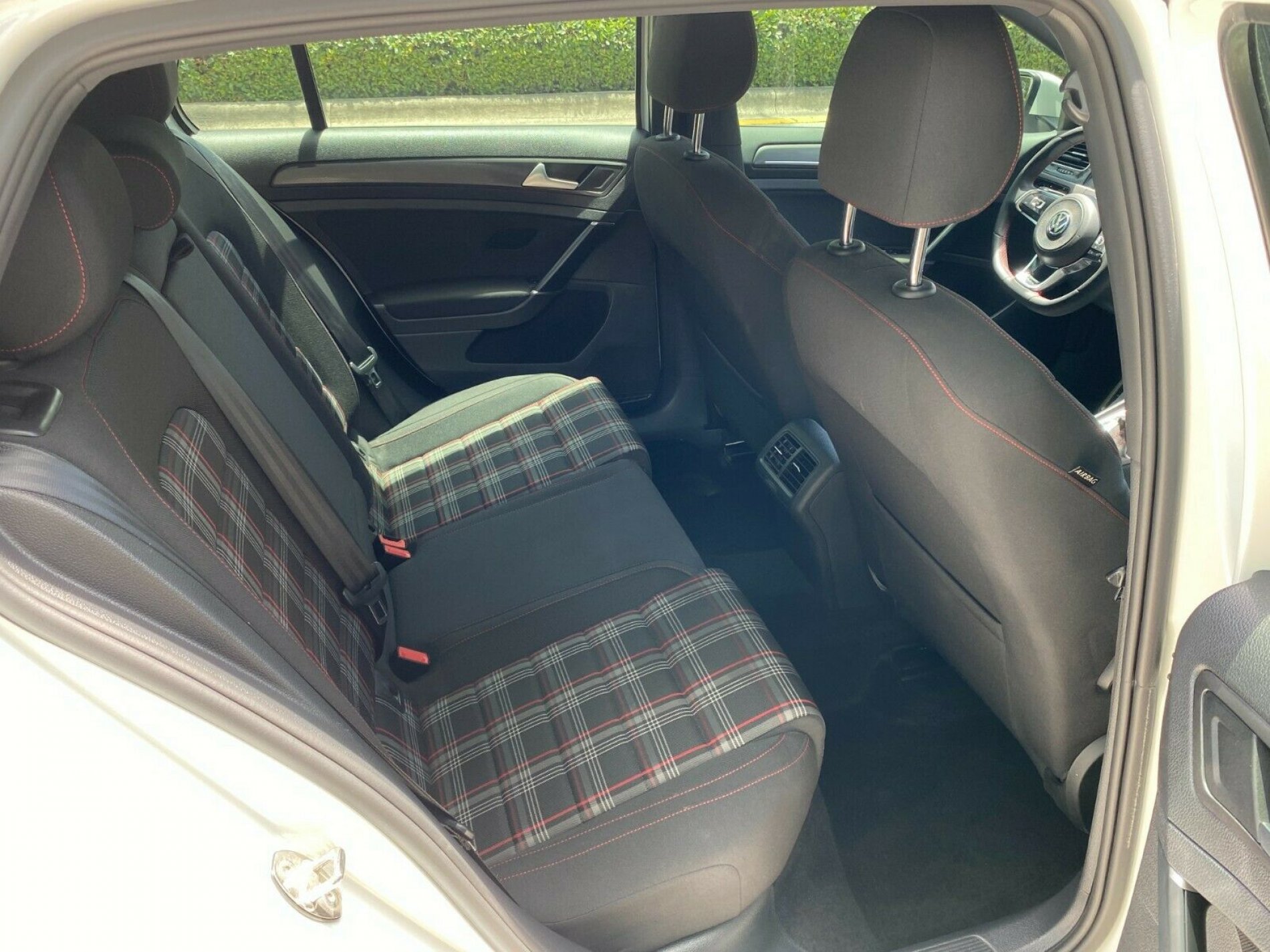 The plug-in hybrid Volkswagen Golf GTE received a power plant, which is formed by a 1.4 TSI turbo unit (150 hp) and an electric motor with 116 hp. They work in conjunction with the 6-speed "preselective" DSG DQ400e. The hybrid system produces a maximum of 245 hp and 400 Nm. The included traction battery with a capacity of 13 kWh allows the car to overcome about 60 km in electric mode, while accelerating to a maximum of 130 km/h. If the internal combustion engine is running, the driver can use a special interface to set the battery charge level, the support of which will provide the necessary margin for driving through the "zero" emissions zone. 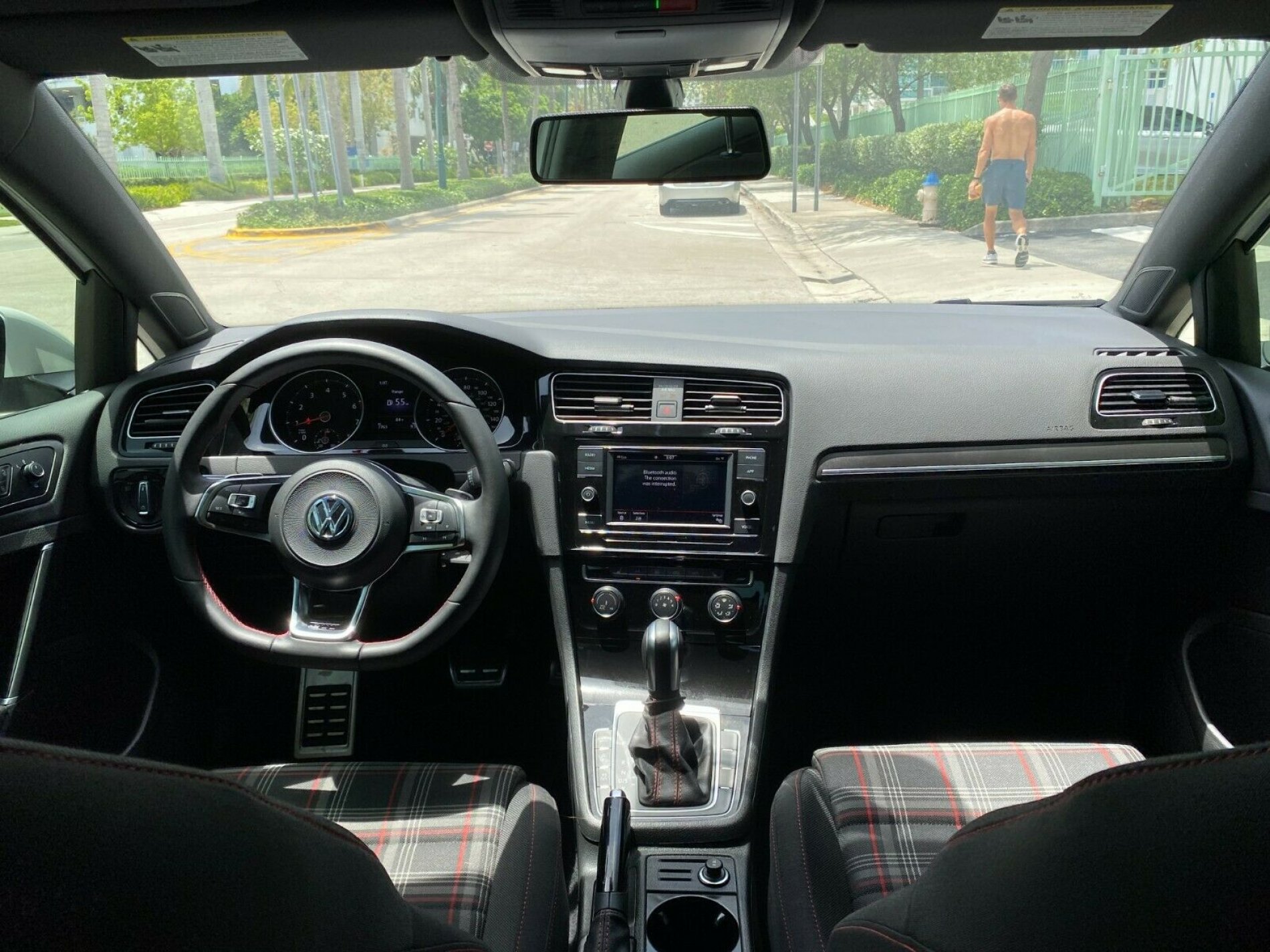 All new versions of the Golf will be equipped with a chassis with the original settings, as well as an electronic simulation of the XDS differential lock. Adaptive DCC shock absorbers with four operating modes (Comfort, Eco, Sport and Individual) are available as an option. Well, it is also worth noting that the GTI and GTD variants have an understated suspension of 15 mm.

GBChoice Company can offer you one of the representatives of this car. See details here: https://gbchoice.com/buy-car/2020-volkswagen-golf-gti